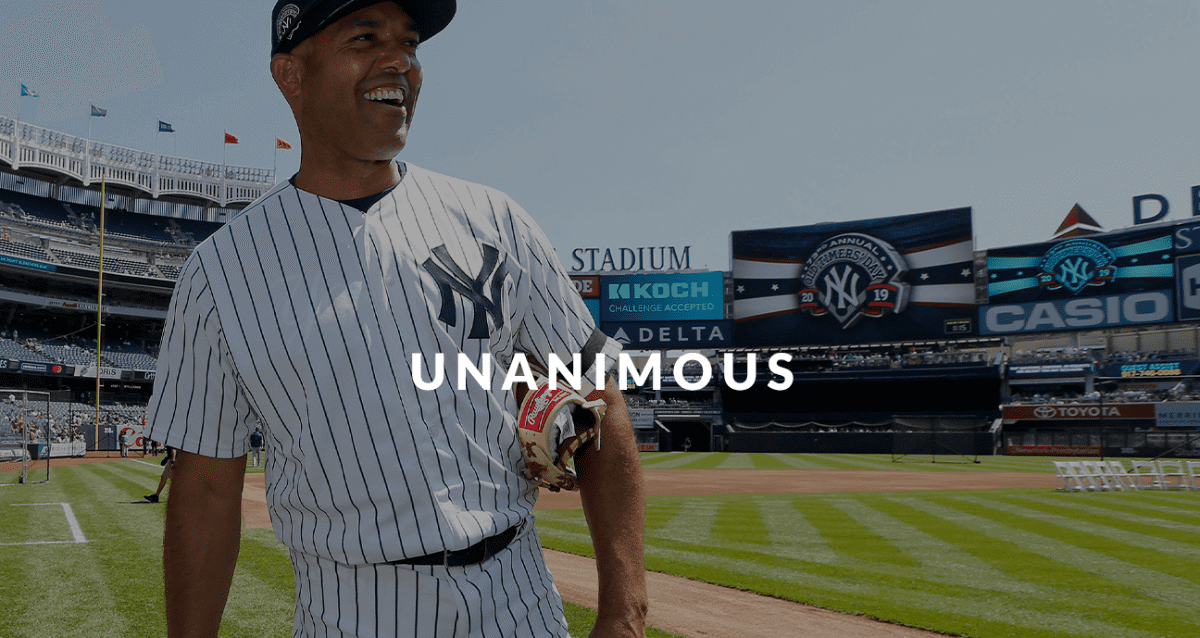 Hi there. I'm happy to be writing to you! My name is J.T. and I have been a baseball fan since birth. If you're reading this, I'm sure you have been as well. It is a great feeling to be able to write about baseball again. I worked for a radio station in college as a producer, engineer, and beat reporter for the sports department, but I really haven't done much writing since then (work e-mails not included...). I could go on about that experience for quite some time, but I'd like to write about something else for now. A word, actually. It's a word that has been thrown around a lot in the baseball community of late. That word is "unaniMOus." 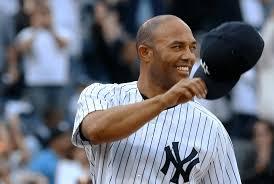 Now, I can't quite put my finger on it, but there is something about the word that stands out. With the Hall of Fame Induction Ceremony taking place this weekend, I'm sure this won't be the first time you see this word either. Simply put, it's because legendary Closer Mariano Rivera of the New York Yankees was the first player in all of Major League Baseball History who was inducted into the HoF unanimously. His time to shine once again will be this weekend in Cooperstown.

There is stat after stat that can prove just how significant of a ball player Rivera was. Baseball has increasingly become a sport obsessed with analytics. As if RBI, H, E, HR, SO, BB, ERA, and HBP weren't enough to keep track of, we now have WAR, fWAR, bWAR, spin rate, exit velocity, launch angle and so much more that statisticians monitor and GM's use to make crucial decisions *cough Moneyball 2 cough*. With Mo, you can throw all of that out the window, watch clips of his career, and know instantly that he was destined for the Hall of Fame. To be an all time leader in anything is impressive; it's a fact. But to be an all time leader in one of the most intense, high pressure situations in all of sports is simply astounding. To do so with grace, humility, and a smile is out of this world. Think about it - when have you ever seen or heard of Rivera being in the center of a controversy throughout his career? When did he shut out the media after a blown save? He didn't. He was the best, but didn't show it. 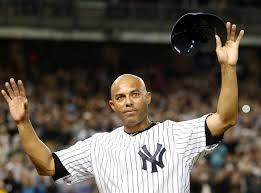 I had the pleasure of interviewing Mr. Rivera as a beat reporter back in 2013 at the All Star game in Queens - his final ASG. At the time I was 20 years old, shaking at the thought of approaching someone like him. As a kid who grows up loving baseball, you fantasize about a few different game situations while you play whiffle ball in the backyard- hitting a game winning home run to clinch a World Series victory OR getting that last out in the top of the ninth to secure the same situation mentioned above. In this case, the person I was going to approach lived it for real. But alas, I walked up to him, introduced myself, and asked if it would be ok to ask a few questions about his experience thus far. He smiled ear to ear and said "sure, no problem." At that point I'm pretty sure I blacked out but I do remember instantly feeling comfortable speaking with him. As I tried to reflect on the experience afterward, that feeling is what stuck out the most. There was something about his presence, genuine expression, and passion for the game that rubs off on people and, more importantly, his teammates.

The day after the ASG, I wrote a piece about Mo somewhat similar to this one, speaking about his career, accomplishments, and mentioning what other players around the league had to say about him. Back then, we still had half a season to watch him close out games for the Club he called home for his entire career. Five years later, we have to wait to watch him hit homers and strike out former teammates at Old Timers' Day to experience his greatness, even if it is only for a few short moments. One thing I said to close out my previous article was that once Mariano bows, sets, and delivers for the last time, history that was in in the making will be set in stone and record books will have to be re-written. Well, this weekend, that sentiment will ring true as his plaque is set in place in Cooperstown. He is the best to ever do it. He is one of the most feared and respected athletes of all time. He will forever be one of the best leaders in all of sports. There is no question that he is the most deserving of 425 out of 425 Hall of Fame ballot votes. And don't forget- you simply cannot spell "unaniMOus" without the name "Mo." 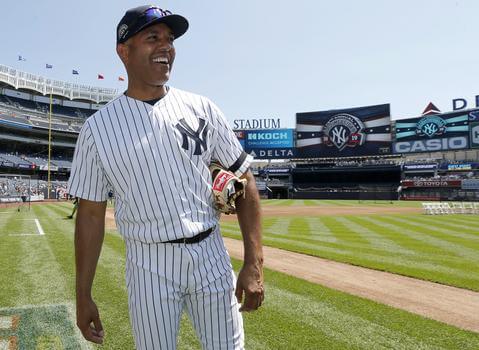