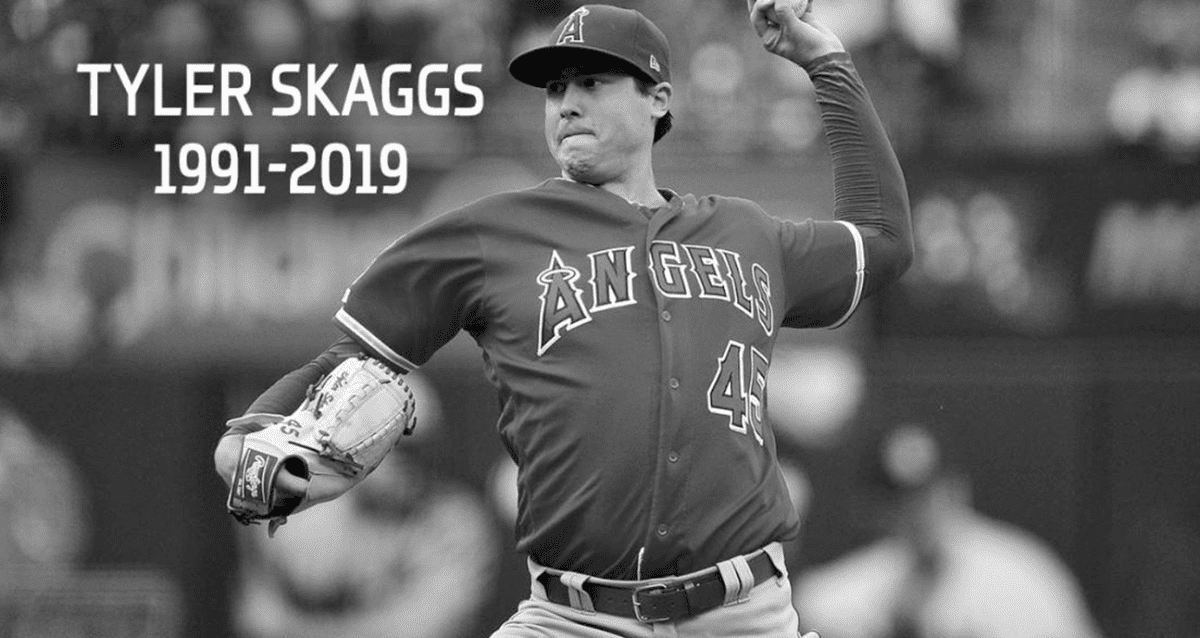 Tyler Skaggs, the newest Angel in our outfield.

Angels In The Outfield

On Monday, the world bid farewell to another MLB star, as Tyler Skaggs, the 27 year old LA Angels pitcher was found dead in his hotel room this afternoon. This goes without saying: MLB deaths hurt, and they hurt bad.

Until I met my husband in 2014, I could not have cared less about baseball. With a strong attempt to woo him, I desperately gathered all the knowledge I could about the game. Having been an athlete myself, I thought it would be inherently easy to grab onto, but to my dismay, I quickly learned that there was more than met the eye. Beneath the once laughable Phiten necklaces and sometimes bleached hair, is a family like no other.

2016 was the first year I can confidently say I comprehended the brotherhood of baseball. It was in this year that baseball fans said goodbye to Jose Fernandez. While the media outlets had a frenzy with the coroner's report, they failed to acknowledge his influence on the game.

With one view of Dee Gordon's tear-filled homerun, you'd be quick to understand. Gordon, who had gone 303 at-bats with no homers that season, had no business hitting a homerun. In an all-time Angels in the Outfield-esque fashion, he hit a bomb to right field. It's moments like these that prove that baseball is undeniably so much bigger than the nine guys on the field.

Rock and Roll music has an eerily coincidental trend called, "The 27 Club". Stars like Jimi Hendrix, Kurt Cobain, Amy Winehouse, and Jim Morison all passed away at the age of 27. Regardless of how their lives ended, their everlasting impact at such a young age is a caliber of talent that very few will ever accomplish.

So what does all of this have to do with Tyler Skaggs? Surface level, he's an incredibly talented person who is gone too soon. Headline level, we're far too focused on his cause of death and not enough on the person he was.

Why do we care? What would that change? It'd be a tragic injustice to waste another second not mourning and admiring the life of a player we'd all be very proud to be.

While being drafted at age 19 is something most of us will only see in our dreams, Skaggs dedicated his life to a game with no promise of success. He worked tirelessly through Tommy John surgery. He found his way back to the mainstage of the MLB. He married the love of his life.

Tyler Skaggs was just like you, and this is why it hurts so bad. He will go down in history as one of baseball's rock stars because of not only how he played the game, but how he lived his life. Skaggs inhibited everything every baseball player strives to be: resilient, honorable, and one hell of a teammate.

Here's to you, 'Swaggy', quite literally the newest Angel in our outfield.