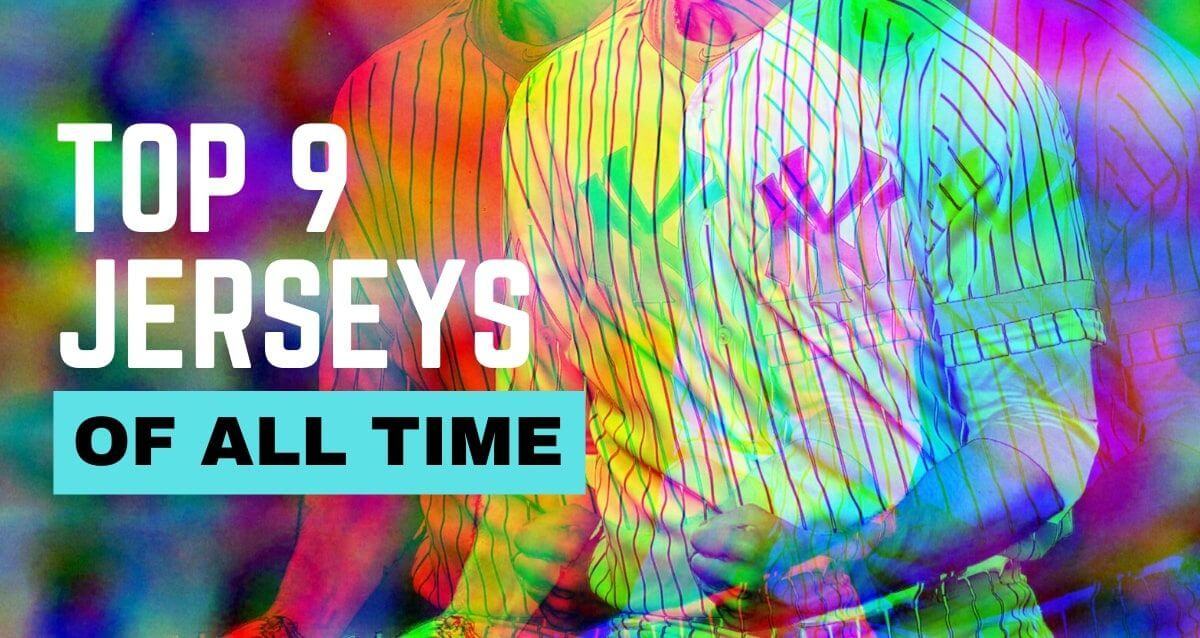 Anyone that has ever played the game knows the importance of looking good on the diamond. Hours spent achieving the perfect bill on a new hat, the struggle of applying eye black, and the swagger putting on your first pair of baggy pants to look like Manny Ramirez. However, if the jersey isn’t fly... it’s all for not. So we set out to find the best jerseys ever worn in the MLB. We compiled a list of each team’s best look and sent it out for a vote. These were the results: 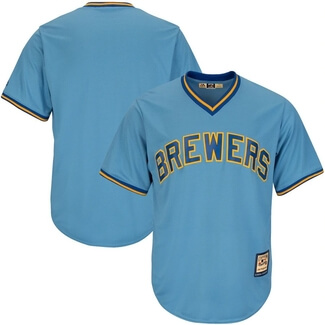 There is something to be said about a crisp, powder blue jersey. Milwaukee did it right when they rolled out these Light Blue Alternate Cooperstown Collections. The sharp v-neck and rounded hem sporting that blue & yellow combo really make these tops ‘pop!’ 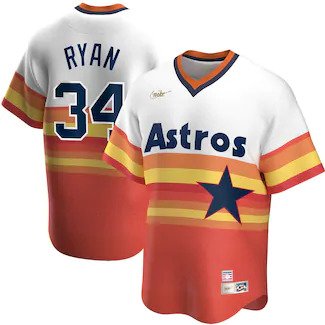 Oh come on, you knew they had to make it. Rolled out for the 1975 season, the tops now known as “Tequila Sunrise” caught the attention of fans around the league. Shades of yellow, orange, and red define the midsection while a prominent homage to the Texas Star presides over the left rib cage. It’s an iconic look that still holds strong 45 years later. 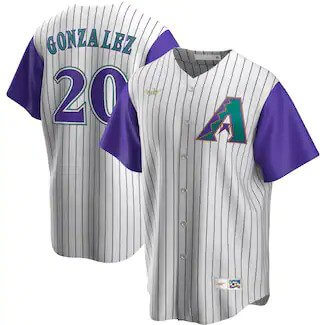 Brought into the national spotlight in the fall of 2001, the pinstripe and purple vests hold sentimental value in the hearts of many. Keep in mind, the D-Backs have only been around since ‘97, but just four years after their inception they toppled the vaunted Yankee Dynasty. Capped off by a Luis Gonzalez game-winning hit (off Rivera) into left-center (over the head of Jeter) to walk-off Game 7 of the World Series. All the while, sporting these exact tops. 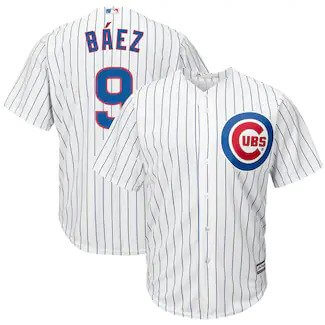 There is something wildly satisfying about the look of the Northsiders. Just catching a glimpse causes memories to race back of afternoons filled with the Cubs on WGN. The crisp pinstripes with the simple logo… It just feels right. 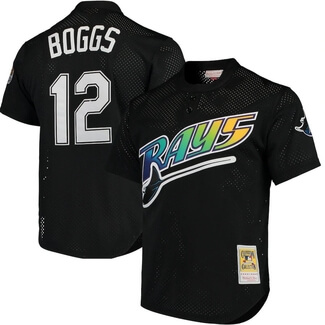 What a forgotten wonder these are. They scream 90’s! From the black mesh, to the two-button neck, to the Word Art colorway across the Rays logo... Fire. It’s a missed opportunity by the Rays to not break these out at least once a week.

This classic look with a modern twist aligned perfectly with the back-to-back World Series appearances in Kansas City. The powder blue and white combination (with white pants) that the Royals still tote on Sundays is easily one of the sharpest looks in the game. 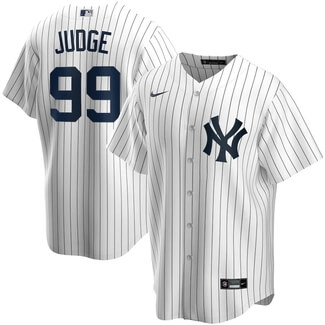 Yep, arguably the most iconic jersey in baseball only came in at number 3 on our list. The navy pinstripes of the Bronx Bombers have been around for decades and still present the team and organization in the exact professional light they desire. There’s really no arguing with this one, except maybe it should be higher?

Ooo… Philadelphia brought some heat with their unveiling of powder blue uniforms in ‘76. The throwback ‘P’ in the dark maroon colorway, the highlighted stripe down the shoulders and sides, the full button-down front, there’s nothing on here that we don’t like.

Locking up our top spot as Best Jersey of All-Time is the yellow top of the 1979 Pittsburgh Pirates. The contrast between the yellow and black is borderline perfect, while the use of white on the sleeves and outline of the letters proved to be genius. There may be an argument for the top spot, but that’s of no fault to the design crew on these ‘79 classics.

We hope you all enjoy this list of the Best Baseball Jerseys of All-Time. If we missed any of your favorites… Let us know social media! Until next time, Keep it Routine.