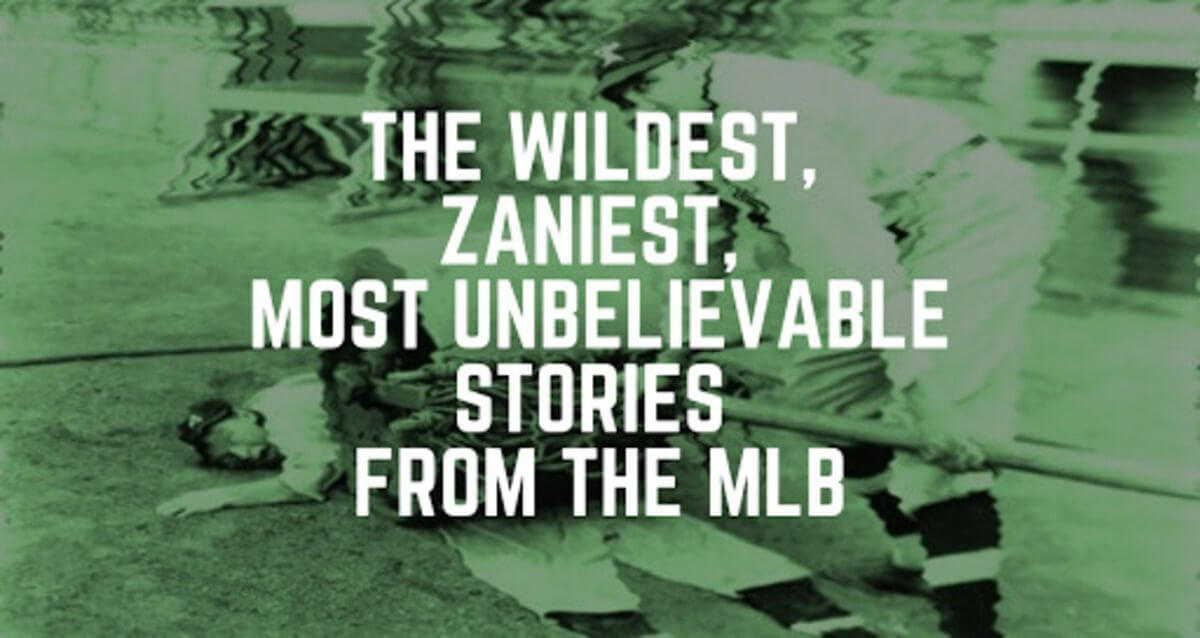 The Wildest, Zaniest, Most Unbelievable Stories from the MLB

Given baseball’s longevity within the American culture, it’s no surprise that the game is littered with some of the most outlandish, idiosyncratic, downright bizarre stories you’ll ever hear. Just to wet your appetite a little... Dock Ellis of the Pirates pitched a no-hitter while on LSD, an obsessed fan shot Eddie Waitkus in ‘49 because he was traded (went on win Comeback Player of the Year in ‘50), and Ray Caldwell was struck by lightning while pitching in the 9th, only to regain consciousness, stay in the game, and record the final out.

And ladies and gentlemen, those were the stories that missed the cut. Let’s dive deep into the annals of time to dig up the absolute oddest stories this game has to tell. The emotional range here is untethered, so buckle up because there’s nothing Routine about what you’re about to read. 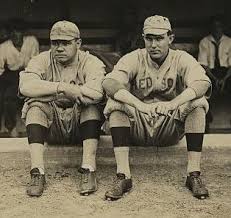 Toeing the rubber for the Boston Red Sox, Babe Ruth (yes, that Babe Ruth) walked Wastington Senators’ leadoff man, Ray Morgan, and began barking at home plate umpire, Brick Owens. Per the Boston Globe, Ruth told Owens to “Open your eyes and keep them open.” Owens shouted back with a threat to throw Ruth out of the game if he didn’t stop. Ruth snapped back, “You run me out and I will come in and bust you on the nose.” Owens, unabashed, threw Ruth out of the game. Ruth, a man of his word, charged towards home plate and wallop the ump with a right hook behind the left ear. Ruth’s manager and several police officers were tasked with hauling him away from the fracas.

But that was just the beginning. One batter into the game and the Red Sox had lost their starting pitcher. Luckily they had an ace up their sleeve. Standing 6’4” and boasting an impressive 1.97 ERA at the time, Ernie Shore entered the game with Morgan on first. Morgan didn’t last long though as he was thrown out trying to steal second. This was the last time Shore threw from the stretch. 26 up, 26 down. The Red Sox had faced the minimum. They had combined for a no-hitter. The record books will show that Babe Ruth was part of it, but don’t be fooled, all Ruth did was keep Shore from what would have been just the third perfect game during the modern era.

Charlie Sweeney Made Old Hoss Radbourn a Hall of Famer 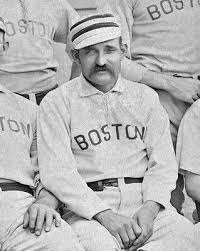 Back in 1884, the Providence Grays were led by their second-year ace, Charlie Sweeney. Notably, on June 7th Sweeney set an MLB record that held strong for 102 years when he struck out 19 batters in a single game. As the season progressed though, Sweeney started to lose control of his life. He would often show up to games inebriated and even stopped listening to his manager’s decisions. During one game in particular, Sweeney’s manager attempted to pull him from the game prior to the 8th inning with the threat of a $50 fine if he did not comply. Sweeney responded by walking off the field and into the stands where he sat and watched the remainder of the game. This (along with a string of defiance) led to his contract being terminated and an official ban from the National League.

A problem still remained for the Grays, however. This wasn’t a time where teams had 5-man rotations and a “long guy” in the pen. No, generally it was a two-man rotation. This left the remaining load of the Grays final 43 games on Charles “Old Hoss” Radbourn. After receiving a slight monetary bonus, Old Hoss agreed to start 40 of the 43 remaining games on the schedule. He proceeded to win 36 of them with an arm so sore that he could no longer raise it above his shoulder. Radbourn threw 678.2 innings in 1884 (over three times ‘19 innings leader Justin Verlander’s 223 IP,) posted a remarkable 1.38 ERA, won 60 games, and started (and won) every game of the World Series. The legend of Old Hoss Radbourn was born and now will stand the test of time.

The story of Sammy Sosa’s corked bat in 2003 has been well-documented, but that doesn’t hold a candle to the story of Albert Belle’s corked bat in 1994. Prior to the strike, Belle led the Indians to a (66-47) record and had set the American League on fire to the tune of a .357 average, 36 HRs, and 101 RBIs. However, White Sox manager Gene Lamont had received a tip about Belle’s newfound success. After all, Belle had never hit above .290 in any of his previous fives seasons. The tip led Lamont to believe that Albert Belle was using a corked bat. Lamont then challenged Belle’s bat during the first inning of their next matchup with the Indians. Crew chief, Dave Phillips, confiscated the bat and locked it in the umpires dressing room until further examination could be done.

This is where things get weird.

Knowing Belle’s importance to the team, and that the bat was indeed corked, the Indians devised a plan. 25-year old middle relief pitcher, Jason Grimsley, would access the umpires dressing room by removing panels in the false ceiling, climb up and through the crawl space (with a flashlight in his mouth,) and swap out Belle’s bat for a non-corked model. The only problem was that every single one of Albert Belle’s bats were corked. Grimsely was forced to take teammate Paul Sorrento’s bat as the replacement. 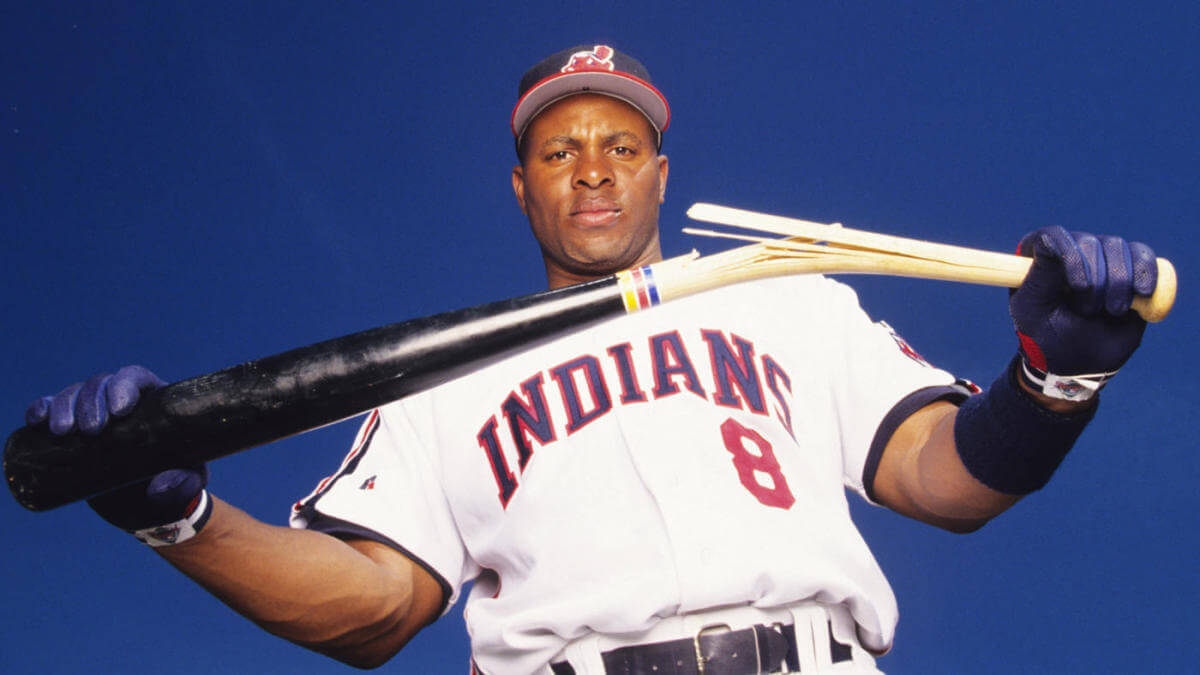 After the game, Phillips had noticed the bat was not the same that he had taken from Belle. (Editor: The Paul Sorrento signature stamp was likely a pretty big giveaway.) The Indians claimed innocence and the MLB flew an FBI agent into Cleveland to perform a full investigation. This revealed the path of the perpetrator and immediately after the Indians were ordered to produce Belle’s original bat. Shortly after, the bat was determined to be corked. Belle ultimately served a 7-game suspension. It wasn’t until an interview with the New York Times in 1999 that Jason Grimsley revealed that he was the player that had performed the illustrious bat heist.

The stories surrounding Hall of Fame center fielder, Ty Cobb, are extensive. He was a brash man with a violent temper. But his skills on the diamond were like none that had ever been seen before. As baseball began to evolve in the 1920s, home runs became all the craze. Players like Babe Ruth, Rogers Hornsby, and Cy Williams were hitting 20, 30, 40+ HRs each year to the amazement of onlooking fans. 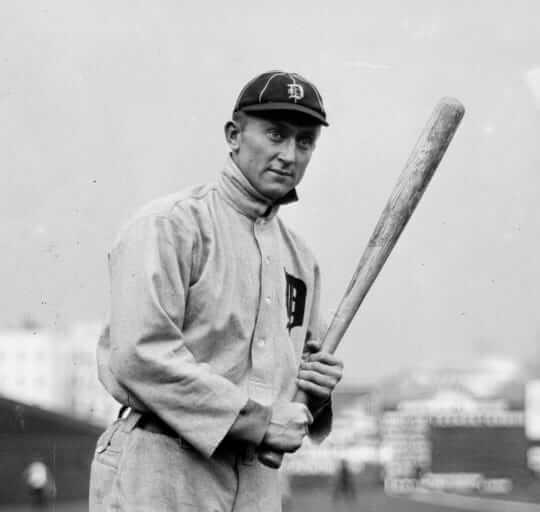 Ty Cobb AKA "The Georgia Peach"

Cobb, however, was unimpressed. He scoffed at the notion that hitting home runs took any skill at all. To prove his point, Cobb at the age of 38, told a journalist, “I’ll show you something today. I’m going for home runs for the first time in my career.” Having once eclipsed the double-digit mark for home runs in a season, Cobb proceeded to go 6-6 with 3 HRs. He followed it up with two more HRs the next day. In doing so, the man that hit only 117 HRs in his entire 24-year career, had become the first professional baseball player to ever hit five HRs in a two-day stretch.

The stubborn Georgia Peach returned to his “skillful” hitting style of slap singles and bunts the following day. He finished the 1925 season with a career-high 12 HRs. 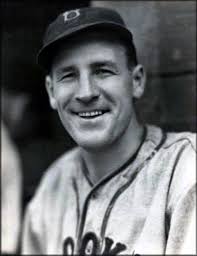 Len Koenecke is likely a player you’ve never heard of, but he’s about to become a player you’ll never forget. Koenecke was a promising player in the National League during the early 1930s. He bounced around a couple teams before ultimately landing with the Brooklyn Dodgers in 1934. The fit seemed natural as Koenecke flourished in his first season in Brooklyn. He posted a .320 average, 14 HRs, and even set the National League fielding percentage record (.994) for a season.

Koenecke’s second season with the Dodgers didn’t go as seamlessly though. He developed a drinking problem that led to a decline in his on-field performance. Things got so bad that in the middle of a team road trip, Koenecke was cut from the Dodgers and sent home immediately. On the flight back to New York, Koenecke became unruly and began to harass other passengers and even struck a stewardess. The pilot was forced to intervene and ultimately was able to restrain Koenecke with shackles. He then made an emergency stop in Detroit to off-load the uncontrollable, now-former Dodger.

While in Detroit, Koenecke determined he’d rather go to Toronto instead of New York. A few hours later (for whatever reason) he was allowed to board a passenger plane en route for Canada’s largest city. Lo and behold, Koenecke was back up to his old tricks as he began harassing a fellow passenger and the pilot again. This time he took it a step further. Koenecke tried to forcibly take control of the aircraft. The pilot fought back by striking Koenecke in the head with a fire extinguisher, causing the brain hemorrhage that eventually led to the death of Len Koenecke.