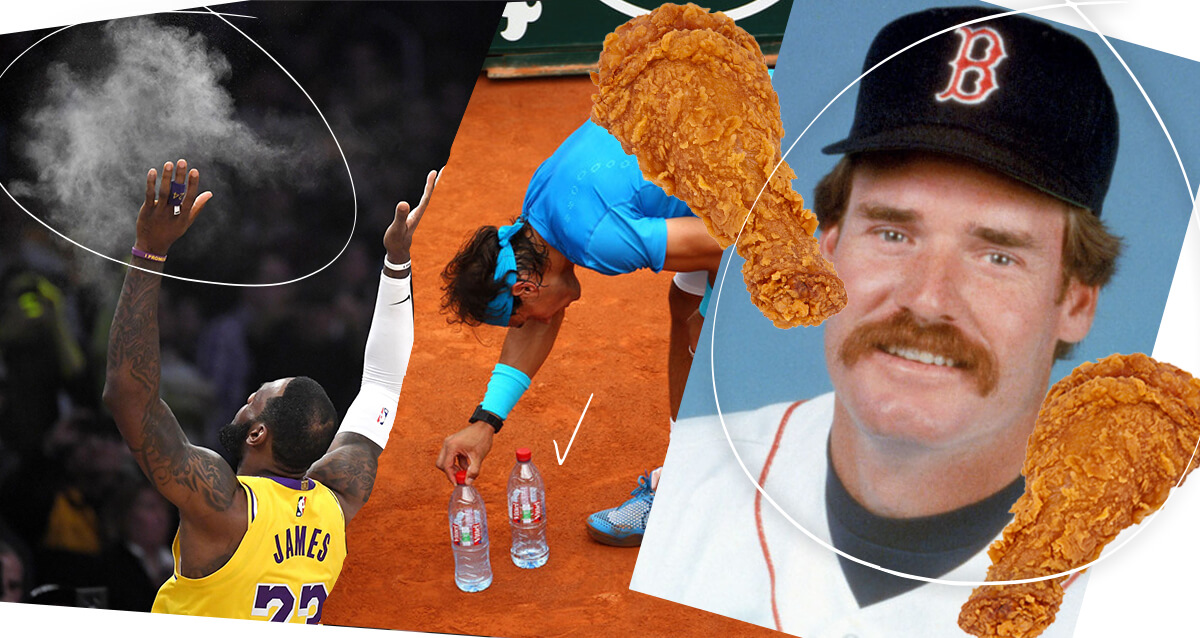 Superstitions are all around us. We may not know it, and we may not realize we do the things we do. But one thing is certain, we all have rituals that give us superstitious optimism. Whether you wear the same socks for baseball games until you lose as a kid or do a simple routine when you step up to the plate; we all have some kind of ritual. Here are our top 5 #rituals in the world of sports.

Wade Boggs had an above average career but he also had quite the pre-game ritual. The former Red Sox would eat chicken before every game and also write the Hebrew word chai, which means “living,” in the dirt before each at-bat. That’s a lot of chicken to be eating every season!

Sometimes you just gotta do what you gotta do! During the 1998 World Cup a defender for France named Laurent Blanc would kiss the bald head of goalkeeper Fabien Barthez before each game. Some would call this crazy but France ended up winning the World Cup, so who’s the crazy one?

It would appear that players that play on their own or do not have teammates are the ones that have the more bizarre rituals. Former world number one Rafael Nadal would be a prime example of that. When playing, Nadal would need his water bottles lined up with the labels facing the baseline he is playing from. We’re not sure where this obsession or ritual came from but hey, whatever gets you to world number one in tennis!

Probably the most recognisable pre-game ritual of all time is the chalk toss started by the King, LeBron James. Before every tip-off LeBron would head to the scorers table, put some chalk in his hands and launch it in the air as high as he could. Eventually fans caught on and would start to join him. Would hate to be the janitor having to clean that up!

1. Peeing On Your Hands?

This ritual is hands down the craziest one we’ve ever heard and we may need the science behind it to back it up. Two batters most known for not using batting gloves during an MLB season are Moises Alou and Jorge Posada. They had two things in common. First, they didn’t use batting gloves. Second, they would urinate on their hands to avoid calluses and toughen them up. Posada would just do this during spring training but Alou would continue this throughout the entirety of each MLB season.