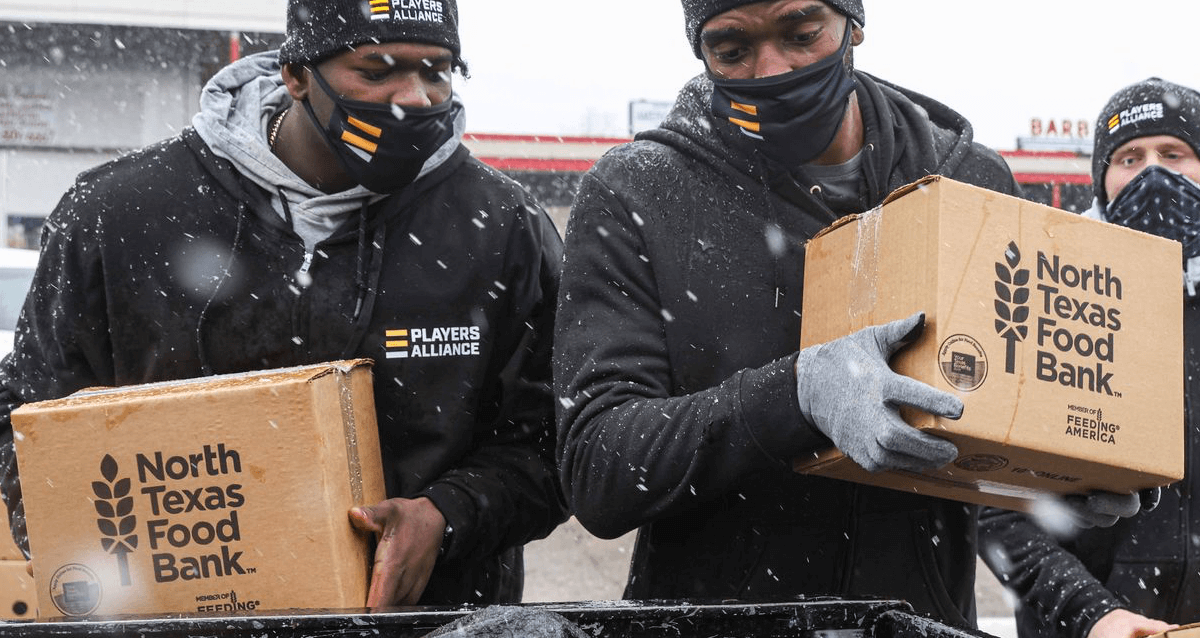 The Gift of Giving

This year has been full of ups and downs  and has given new meaning to the holiday season by reinforcing the essence of what the holidays are all about; a time to spend with loved ones and be thankful for what you have. Receiving gifts is exciting, but it was giving gifts that means the most. It’s been a long and unpredictable year for everyone and that time has given many athletes the opportunity to reflect on ways they can impact their communities beyond the game by giving back to their neighborhoods and fans.

The Players Alliance, made up of more than 100 Black current and former MLB players, donated their salaries from two games earlier this year to the organization to support its efforts to combat racial inequality and aid Black families and communities. This Holiday season they have taken it a step further and have begun a 33-city tour across the country to distribute essential goods and gifts to black communities with Pull Up Neighbor. The Players Alliance started to distribute boxes and bags of baseball equipment, essential goods and COVID-19 supplies.

Many NBA players have also added a few more assists to their stat sheet as they assist in making families in their communities Holidays a little bit better. Duncan Robinson from the Miami Heat gave back to the community by donating 10,000 meals to those in need, and Detroit Piston Josh Jackson donated toys for kids in his hometown of San Diego toys to The New Way Christian Center. Two-time NBA All Star Baron Davis and The Black Santa Company teamed up with former NFL All-Pro Marshawn Lynch to spread some holiday cheer. The two sponsored a toy drive and fundraiser donating thousands of toys to nonprofit agencies including The East Oakland Collective, EOYDC and Serenity House.

NHL Penguins forward Jason Zucker and his wife Carly partnered with Ducks forward David Backes and his wife Kelly - along with numerous other members of the NHL family set out to make mini Christmas trees and fill holiday boxes with some of their favorite items for a charity auction.

These athletes and many more have all been blessed with many athletic gifts that allow them to provide entertainment and excitement to their communities. This Holiday Season they all put in a few extra reps to make sure that the number one gift they offer to their communities this trying year was the gift of giving.