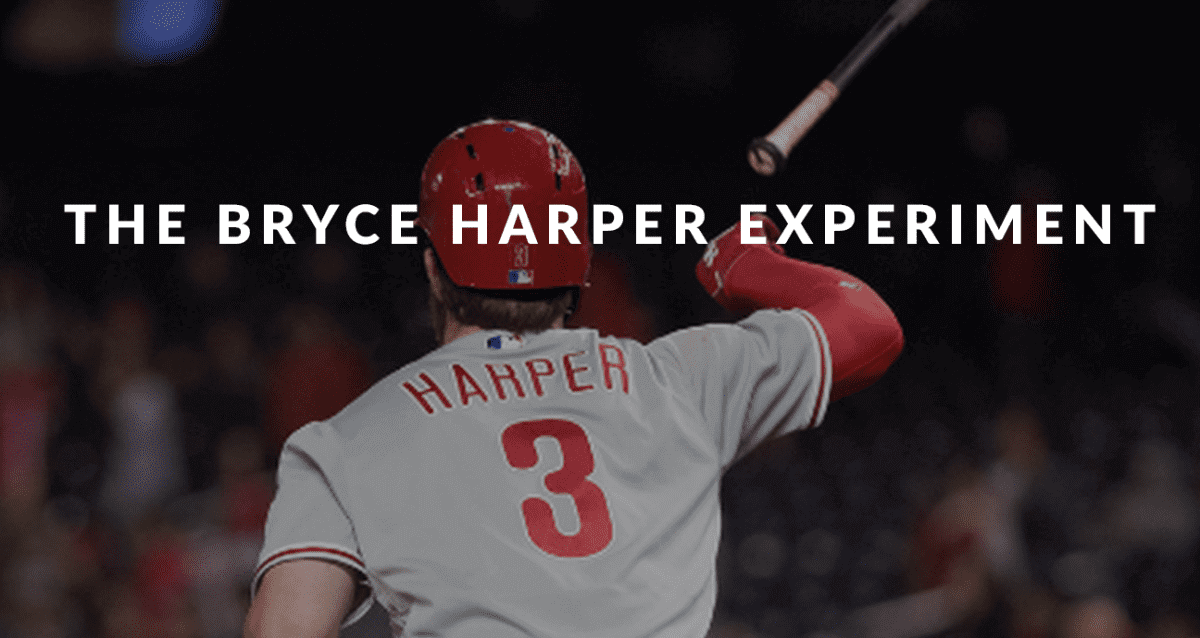 Since the day Bryce Harper signed his mega 13-year $330 million deal with the Philadelphia Phillies the expectations were palpable. Many predicted a 40-home run season, over 100 RBIs, over 100 walks, and even a National League MVP trophy.

That was Spring Training talk.

As we approach the league's mid-way point, the All-Star Game, Harper isn't on that roster and he's actually catching a lot of heat by the national media. Through 84 games Harper has produced a slash line of .250/.368/.471/.839, with 15 home runs and 59 RBI. The alarming stat comes in the form of strikeouts and walks. Harper leads the league with 101 strikeouts and only has 59 walks. He's whiffing more and walking less than he ever has. And that's alarming.

The Phillies had an issue with Carlos Santana last season for putting up suspect numbers and he's starting for the American League in the ASG next week. Irony at its finest. Santana is hitting .293/.411/.535/.945, with 18 homers and 50 RBI. However, he has nearly half the strikeouts as Harper (54) and one less walk (58). It's truly spectacular to look at the comparisons.

Regardless of the Harper's struggles, he's still pacing to drive in the most runs of his career and another 30 home run season. The strikeouts are worrisome and the lack of walks are unacceptable. Nonetheless, Harper remains one of the most feared hitters in baseball and the evidence of that can be seen in most at-bats.

The 26 year old slugger is one of the best players in MLB at drawing out at-bats and seeing a lot of pitches.

Look, Harper has been underwhelming if Phillies fans are being honest. Myself being one of them. However, so much has to be analyzed thus far. Harper has been superb in the outfield and has impressively shook the stigma that's plagued him his whole career being pegged as a defensive liability. 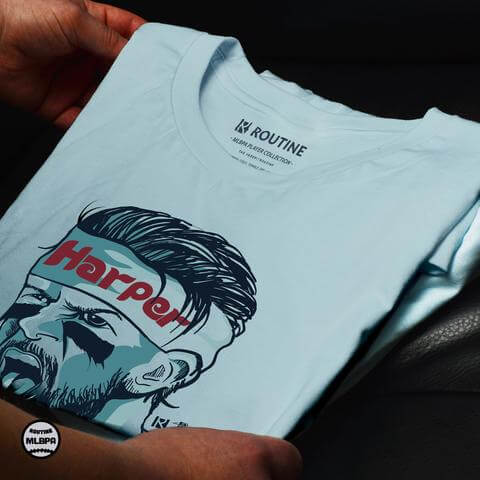 One of the metrics of the Harper effect lies with Rhys Hoskins. Hoskins is enjoying a season which has him on pace to hit career highs in home runs and RBIs. As of Tuesday night, Hoskins shows a slash of .261/.396/.522/.915, with 19 homers and 55 RBI. The power-hitting first baseman also leads the league with 61 walks and has only struck out 87 times.

Hoskins has thoroughly enjoyed the 'Harper effect' through the first half of this season. Yes, it would be wonderful and extremely beneficial for Harper's power numbers to heat up but it shouldn't go unsaid how vital Harper has been to Hoskins success.

Also, Harper has been Mr. Reliable for manager Gabe Kapler. He's spent a majority of the season in the three-hole (66G), some time as the leadoff hitter (4G), and two-hole (13G). Albeit, a short sample size Harper hit .333 in four games as the Phillies lead off hitter. In the two spot he's produced a .380 OBP and 10 walks. For Kapler, the smart decision is to continue hitting Harper at three as long as Hoskins keep producing. The Phillies will need guys like Jean Segura and JT Relamuto to pick up the production in the final months of the season if the Phils hope to keep their playoff hopes alive. Harper is the key cog in that wheel.

To me, Harper has been sort of an enigma. There are series where he looks completely locked in and annihilates puny baseballs and then there are times where he simply cannot hit a ball. He's struggled this season catching up to fastballs but has hit the breaking ball well. He's batting .277 against lefties and is a much better hitter at Citizens Bank Park.

I like the fact he has success against lefties but I am simply not happy with his production on the road. Away from South Philly he strikes out more, walks less, and his slugging is over 100 points inferior.

Finally, I think Harper is going to have a shockingly good July and August. Harper has always been great at seeing issues and making adjustments. See last season if you need clarification on that. I can easily see Harper ending the 2019 campaign with over 30 home runs and a new career high in RBIs. Now, will it be too little too late for a Phils team who at the beginning of June had a five game lead in the NL East over the Braves. Now, the Phillies are down looking up at the lights and the brand of bulbs are the Braves.

If the Phillies have any shot at making the postseason, GM Matt Klentak needs to acquire pitching before the trade deadline, and Harper must get back to his 2018 second-half form. That's why the Phillies invested the world for Harper. This is what they've waited seven long years for.