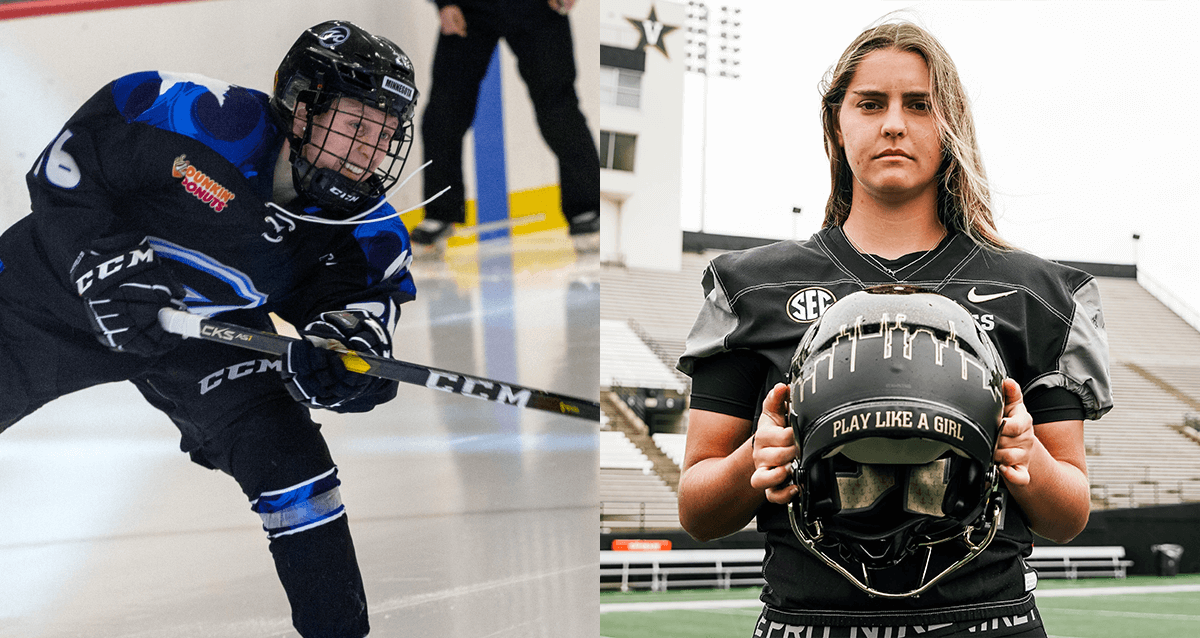 Shattering the Glass Ceiling Once Again

It’s time to talk about changemakers! Changemakers demonstrate they are motivated to act regardless of the barriers that are set before them. More than ever we are seeing women no longer afraid to become changemakers as each week a new barrier seems to be broken as women in sports lead the way to change.

Kendall Coyne Schofield and Sarah Fuller are two young women that are forcing change and creating spaces for women in sports to enter that had once been sealed off as unattainable. These women didn’t just become qualified for these positions, they just dared to knock on the gatekeeper’s doors until the gatekeepers were forced to open the gate.

“Be confident, you know the game.” Those were the words of advice that Cammi Granato – the first woman hired as an NHL scout uttered to Kendall Coyne Schofield as she was considering taking the job with the Blackhawks to become a player development coach. Words that may seem subtle but pack such power to remind women stepping into spaces originally fully occupied by men of the reverence they have not as women athletes but just as athletes in general.  Coyne Schofield, the U.S. National team captain is paving her own lane with her eyes set on becoming an NHL GM. This goal is now seeming more attainable after Kim Ng, who is the newest general manager of MLB’s Miami Marlins.. The stage has been set for women to step into the spotlight and claim their leading roles.

Sarah Fuller laced up her cleats and stepped into her newest leading role last weekend as she gave new meaning to playing like a girl. The SEC soccer champion for Vanderbilt put on a little more than shin pads as she went on to make history as the first woman to play for a power 5 football team. The phrase “Play like a girl” in years past has always had a negative connotation and used to belittle one’s abilities. As Sarah Fuller stepped onto the field to make history as she took on kickoff duties for the Commodores, she wore the words “Play Like a Girl” on the back of her helmet. Playing like a girl was something that Sarah was proud of as she stated “All I want to do is be a good influence to the young girls out there because there were times I struggled in sports, but I'm so thankful that I stuck with it and it's given me so many opportunities and I've met so many amazing people through sports," she said. "And I just want to say that literally you can do anything you set your mind to."

It would seem as if Fuller took some of the advice that Kendall Coyne Schofield received of remaining confident because when Fuller was asked if she was nervous about her debut, she responded with “it’s just another competition.”

These trailblazing women are not just changing the way women see themselves as athletes but changing the narrative of what it means to be a woman in sport. Their shoes are tied the same way, the gear is the same, the preparation was the same and above all, they are prepared and talented athletes. Not women athletes, just athletes looking to create change.