With all the history and all the legendary landmarks rooted within the game of baseball, it can feel overwhelming to try to prioritize all of the things you wanna do and the places you wanna see. And since we all have a little extra time these days to plan our dream vacations, we have compiled a list of the top places in the world for baseball fans to visit. Let’s take a look at the 10 iconic baseball destinations on Routine’s Ultimate Bucket List Guide!

Located on the northside of Chicago, the home of the Cubs has turned into a ‘must-see’ destination for any baseball enthusiast. From the ivy on the outfield walls to the iconic atmosphere provided by all of the bars in Wrigleyville, there may not be a better setting for afternoon baseball than the outfield bleachers at Wrigley. If you haven’t gotten the chance yet, make sure you experience life on the Northside! And if the Cubs pull out the victory, stick around to hear 30,000+ sing “Go Cubs Go!” You won’t ever forget it. 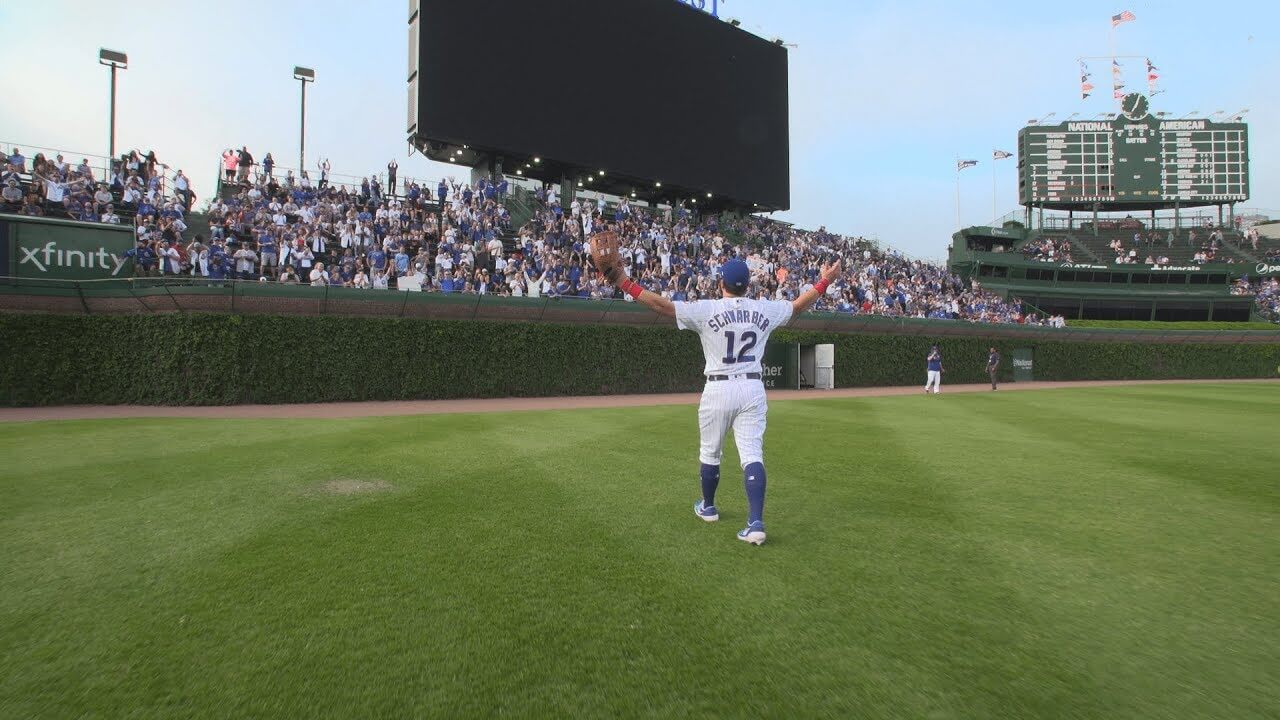 Fenway Park is the only ballpark in America that can rival Wrigley for history & longevity. It’s been the home park for the Red Sox since 1912 and still stands as the oldest ballpark in the American League. And there’s nothing in the sport that comes close to the iconic nature of the left-field wall. The Green Monster, as it is so commonly referred to, stands a gargantuan 37’ 2” high! And just wait until the middle of the 8th inning when all of the local Bostonians join together in chorus to sing Neil Diamond’s famous ‘Sweet Caroline.’ Absolute chills. 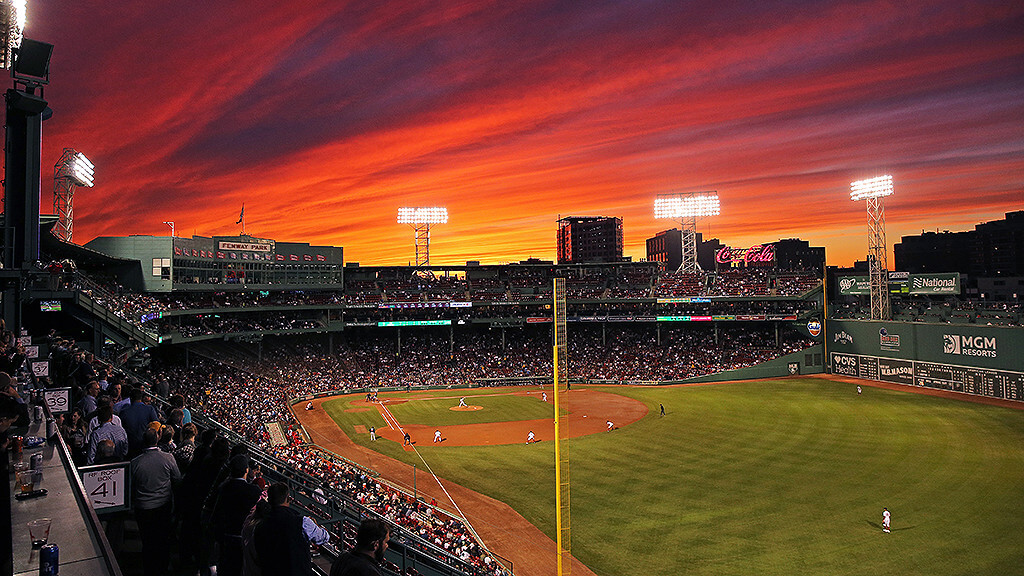 While the MLB and the NCAA each label their championships as “World Series” only Little League can truly boast a title of the ‘best in the world.’ Since the inception of the tournament back in 1947, 30 different countries have been represented at the Little League World Series. As a result, every year in August, Williamsport, PA, becomes a cultural melting pot centered around the great game of baseball. And for the kids in attendance, make sure to try out a cardboard slide on the hills in the outfield. 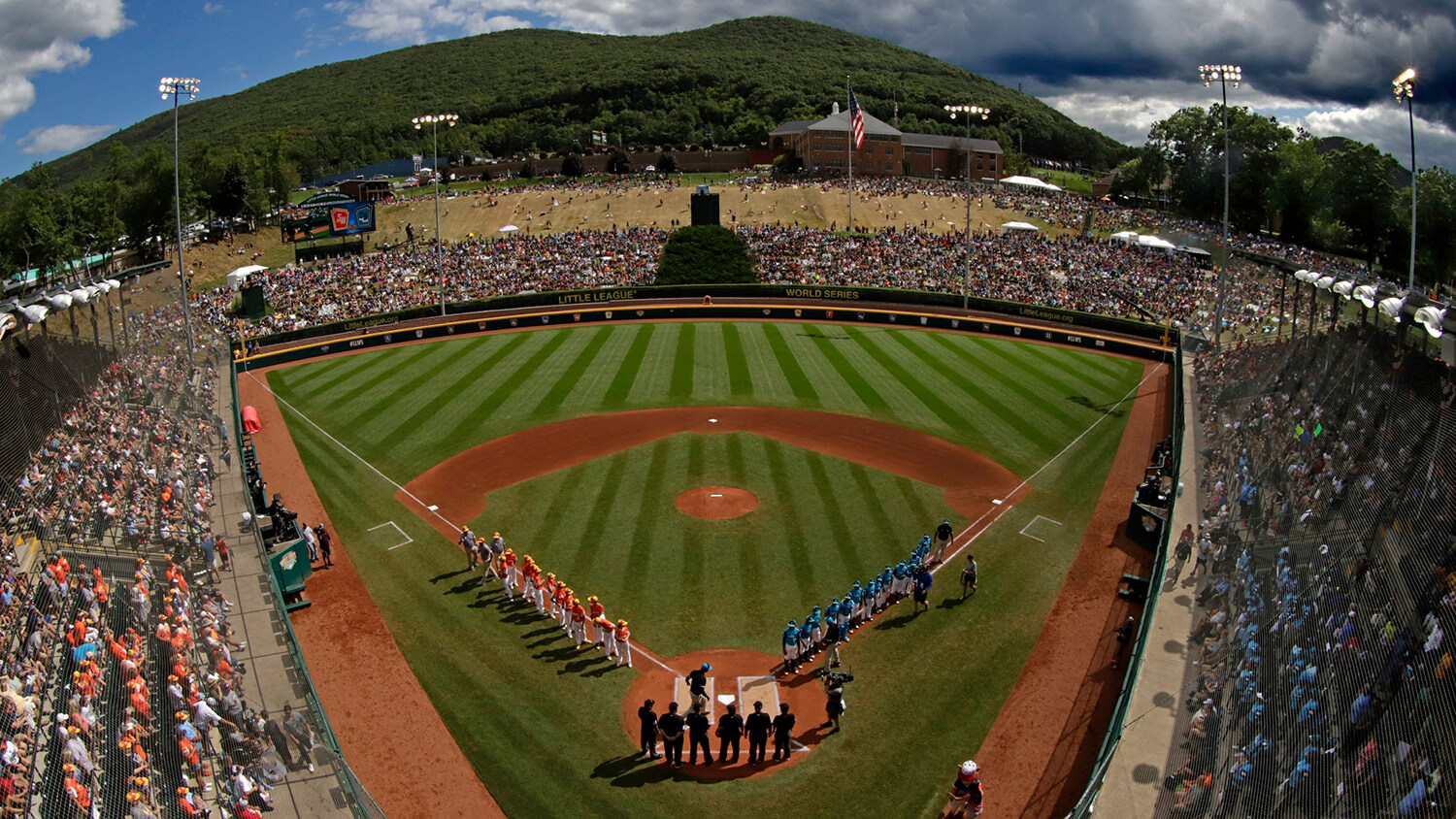 Originally held in Rosenblatt Stadium, the College World Series switched venues (while remaining in Omaha) to the new location of TD Ameritrade Park. Although the stadiums changed, the event still delivers some of the most compelling baseball in the world. Every June, eight of the best teams in the NCAA all meet in a double-elimination tournament to crown a college champion. You’ll see inflatable beach balls bouncing in the outfield bleachers and smell all of the country’s finest tailgating foods in the parking lots. Whether you’re a fan of the college game or not, find a way to get to Omaha for the College World Series. 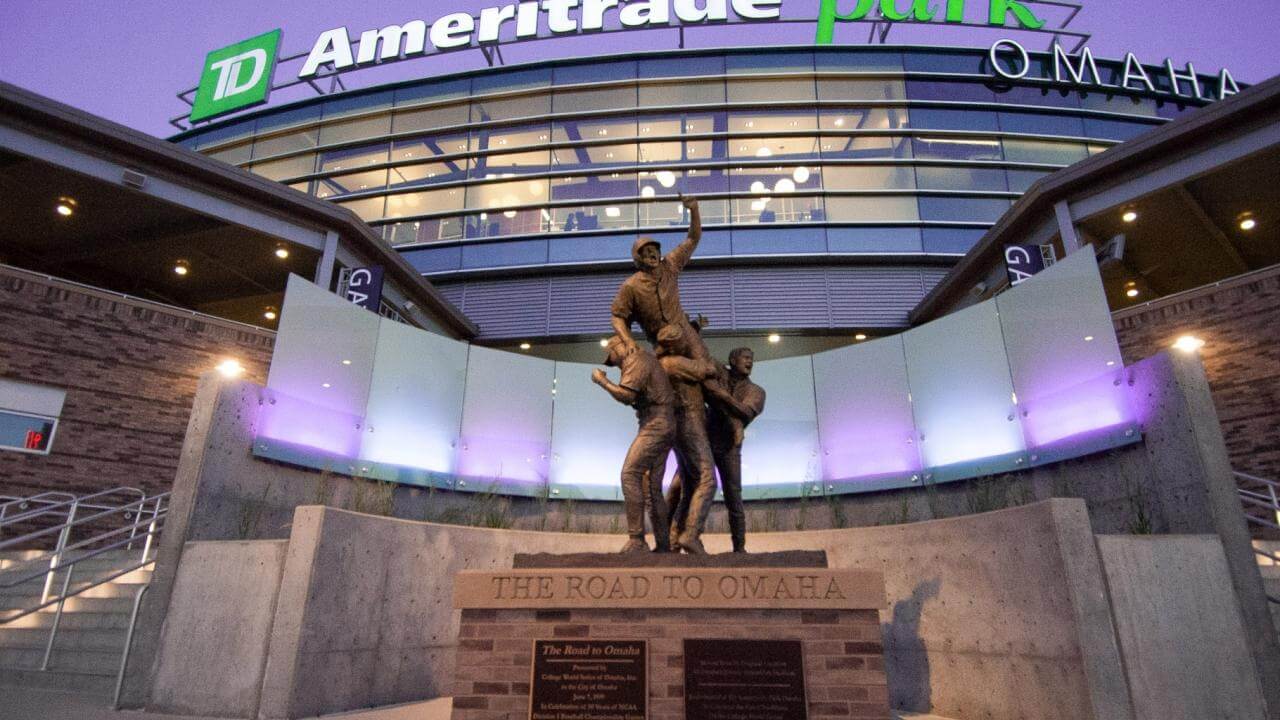 This one doesn’t need too much explanation as it is pretty self-explanatory. If you are wanting to see and learn about the greatest to ever play the game, Cooperstown, NY is the place for you. From Roger Maris’ 61st home run ball to George Brett’s ‘pine tar bat’ there is something for anyone that has ever enjoyed the game. If you get the chance… Do it! 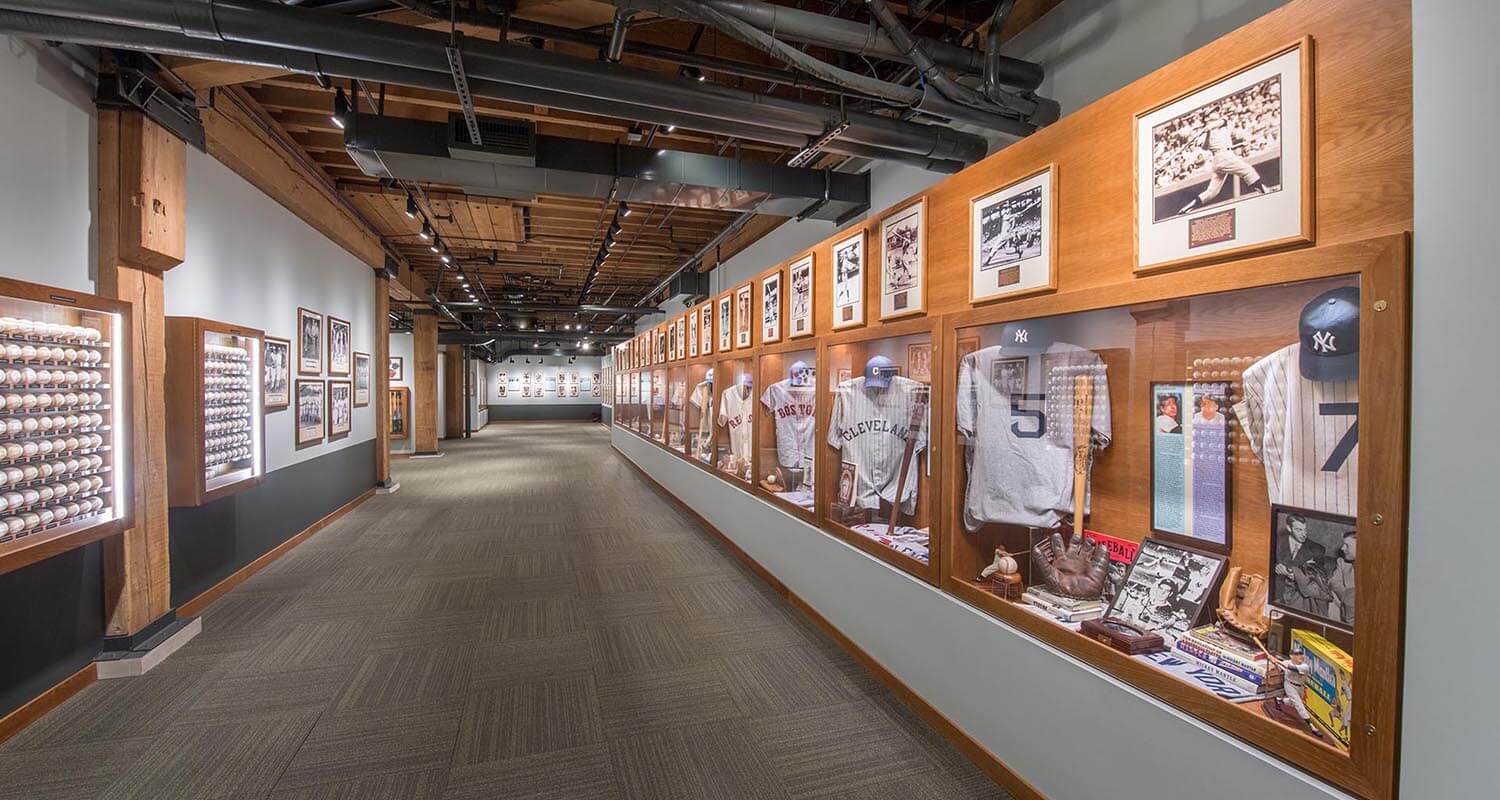 While the MLB Hall of Fame will let you enjoy some of your fondest memories, the Negro Leagues Baseball Museum in Kansas City, Missouri will educate you beyond your wildest imagination. For example, did you know that Josh Gibson hit 84 home runs in a season or that he hit the farthest ball ever recorded at Yankee Stadium (580’ from home plate) or that the Negro Leagues played night games five years before the MLB or that Hall of Famers Hank Aaron & Willie Mays began their career in the Negro Leagues? The list goes on-and-on. And if you’ve got any music enthusiasts in your family, swing on by the American Jazz Museum located right next store! 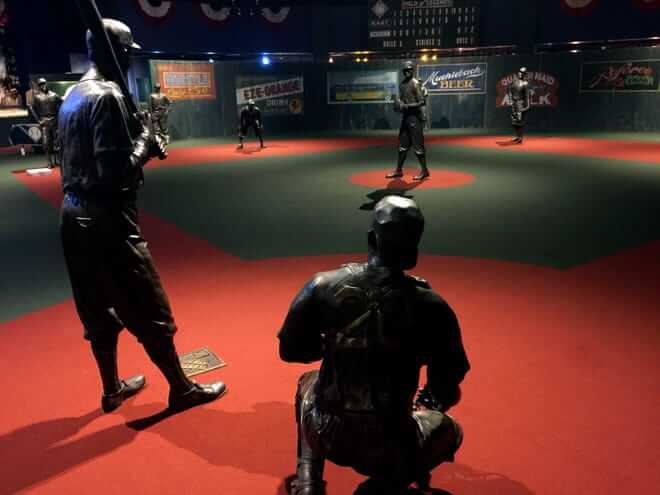 Ever wonder how a wood bat is made? Take a trip to Louisville, Kentucky and visit one of the world’s largest operating wood bat factories and find out. With 134 years of experience and over 1.8 million bats made each year, the Louisville Slugger Factory & Museum is easily one of the finest attractions for any baseball fan. They’ve got things for ever age and size and even boast the “world’s largest bat” outside of their front doors to make even the tallest people feel small! 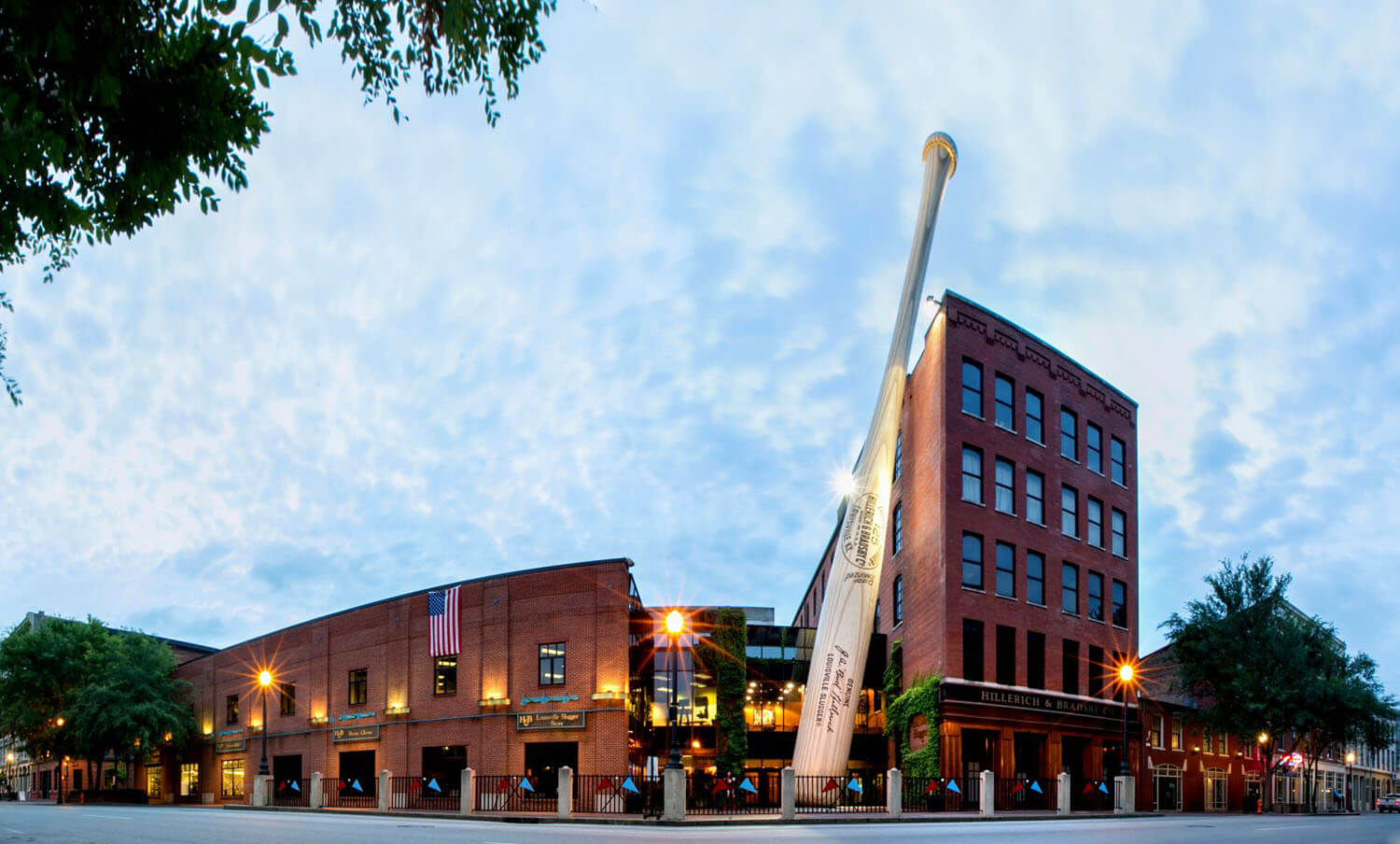 “If you build it, they will come.” And boy have they! Made famous by the aptly named blockbuster film Field of Dreams, the Field of Dreams in Dyersville, Iowa has over 100,000 visitors each year and has logged 3,000,000+ visitors all-time. Still, in pristine condition, the baseball field was scheduled to host its’ first Major League Baseball game in 2020, but as a result of the COVID-19 pandemic, the MLB has since had to postpone the event until 2021. MLB game or not, find a way to visit Iowa’s top baseball landmark for a site like you’ve never seen before! 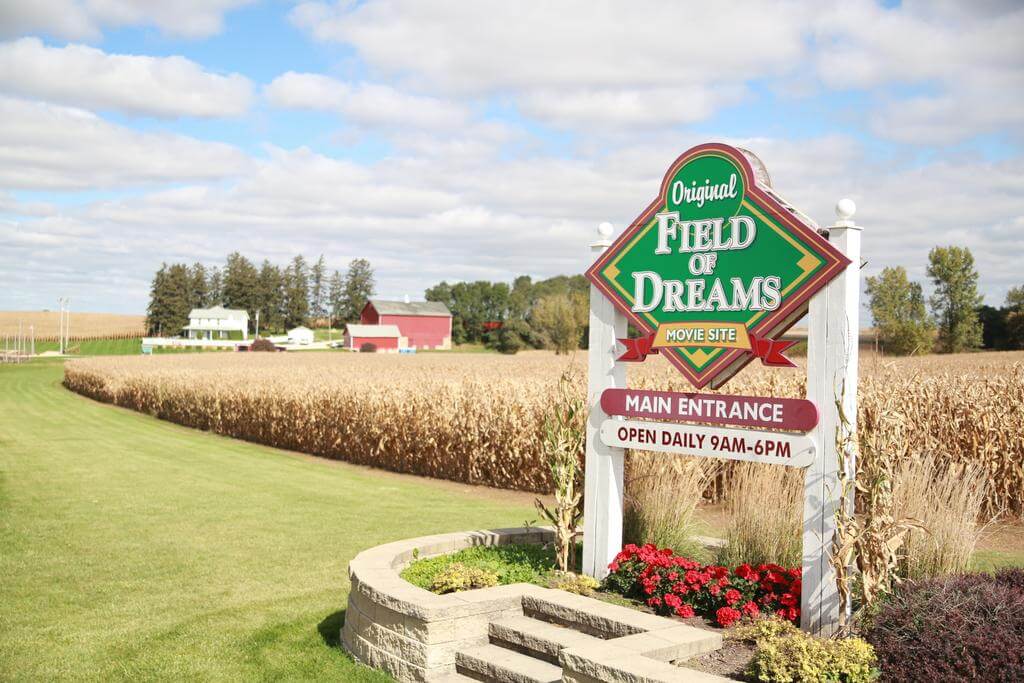 This has to be the single coolest baseball event nobody talks about. Every summer solstice (June 21) Fairbanks, Alaska hosts an amateur outdoor baseball game that begins promptly at midnight local time. However, no field lights have ever been used during the game. This is possible because the sun doesn’t set in the summer as a result of Alaska’s extreme northern location. So you get a daytime feel to the game while your watch and body scream at you to go to bed! Some notable names that have appeared in the Classic include Tom Seaver, Dave Winfield, Terry Francona, Harold Reynolds, Jason Giambi, and Bill "Spaceman" Lee. 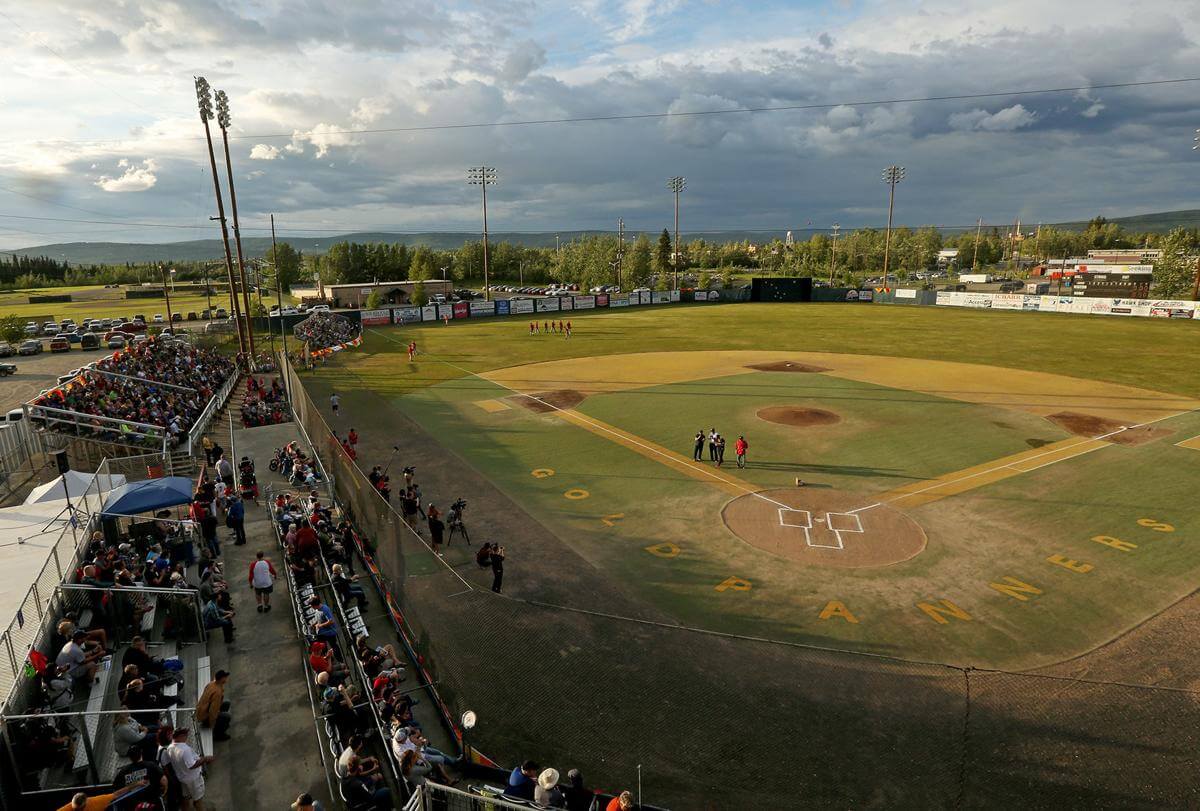 This is easily the hardest attraction to visit, given that it is the only destination located outside of the United States’ borders, but trust us, it’s worth it. With a capacity to hold 55,000 ravenous baseball fanatics, Estadio Latinoamericano in Havana might just be the loudest baseball stadium in the world. Recently, the MLB hosted their first-ever exhibition game in Cuba’s most famous stadium as the Tampa Bay Rays defeated the Cuban National Team by a score of 4-1. It won’t be an easy task but if you can pull it off, a visit to Estadio Latinoamericano will be one you’ll remember for the rest of your life! 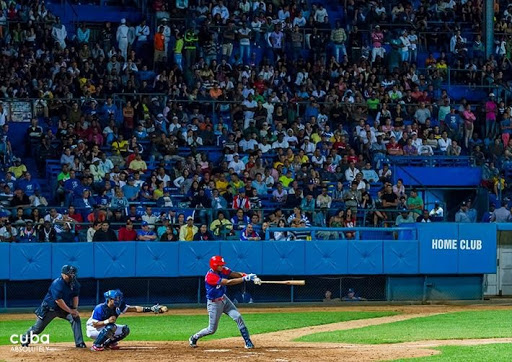 There it is. Routine’s Ultimate Bucket List Guide for Any Baseball Fan! If you have any questions, comments or thoughts be sure to hit us up on any of our social media platforms. Until next time, make sure to Keep it Routine.