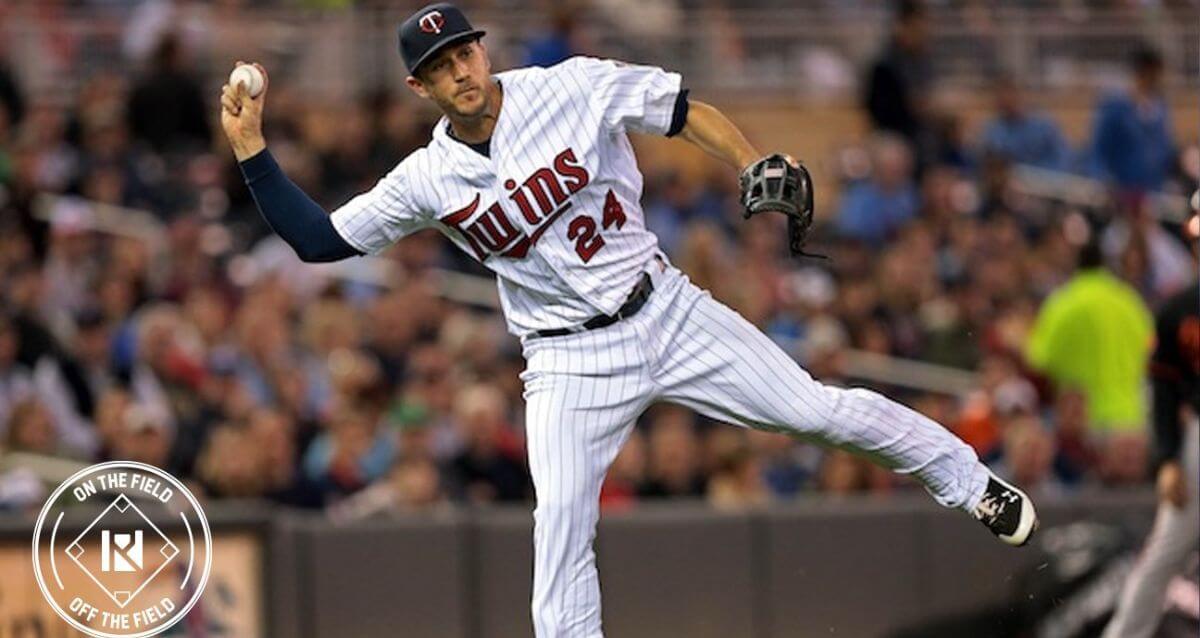 On The Field x Off The Field: Featuring Big Leaguer, Trevor Plouffe

Following an incredibly special softball charity event in California that raised a ton of money for the Wildfire victims, including some incredibly star studded lineups, I reached out to big leaguer, Trevor Plouffe. Watching Plouffe throughout the past almost 10 seasons on a few teams, primarily the Minnesota Twins, I admired how he played the game. Plouffe has a ton of raw power and displayed that especially in the 2012 through 2015 seasons.

Not only a solid ball player for much of the last decade, but after further review, Trevor Plouffe has some serious swagger.

Being such a down to earth, fun dude, I'm glad we had the chance to speak for our new segment On The Field x Off The Field

Thank you to @california.strong and my buddies @moosetacos8 @christianyelich @mikeyattanasio and RB8 for hosting an unbelievable event on Sunday. All told they raised 1.4M dollars for the victims of the recent California tragedies! I'm inspired and motivated by your effort to help others. I also want to thank everyone that came out to watch and participate, the energy was off the charts! ðŸ“¸ : @TheMiikeC #california #californiastrong

Here are Trevor Plouffe's responses to some of the lifestyle qualities and traditions in his baseball (or post baseball) life:

Superstitions:
I'm more of a routine guy, rather than a superstitious one. When I've gotten through my routine, I know I'm ready for the game and can just go out and play.

Game Day Grub:
I'll look to see what the chef is putting out that day but typically I like to keep it light before the game. A tuna sandwich and some fruit is my go to if I'm not feeling the spread.

Favorite Game Day Drip (or we'll call it gear/assets for ya, Trev HAH):
I'm too old to use the word drip, but I love wearing burnt wine cork for eye black. The more expensive the wine, the better you play. Facts ðŸ˜‚
Favorite Off The Field Fashion:
I keep it classy. Theory and my buddy Sal Ferragamo are my two favorite brands.

Favorite Off The Field Hobby:
Younger me would say having a pool day and BBQing, while drinking good beer. But now with kids I've started to really enjoy taking them and giving them new experiences. Disneyland is slowly climbing into one of my favorite places.
Something Special About Your Life As A Ball Player:
You have no choice but to become a well rounded person. Baseball players come from EVERYWHERE and I love getting to know other people's up bringing and culture. Too often we become products of our environment, and baseball breaks that down.
It was pretty cool to talk to a player whom I watched pretty avidly through my college ball career and watched develop as a player, and also a really great dude. Getting to know a guy like Plouffe is beneficial in many ways, and this is what we want to bring to you. It's so cool to see these dudes being so much more than just a baseball player.