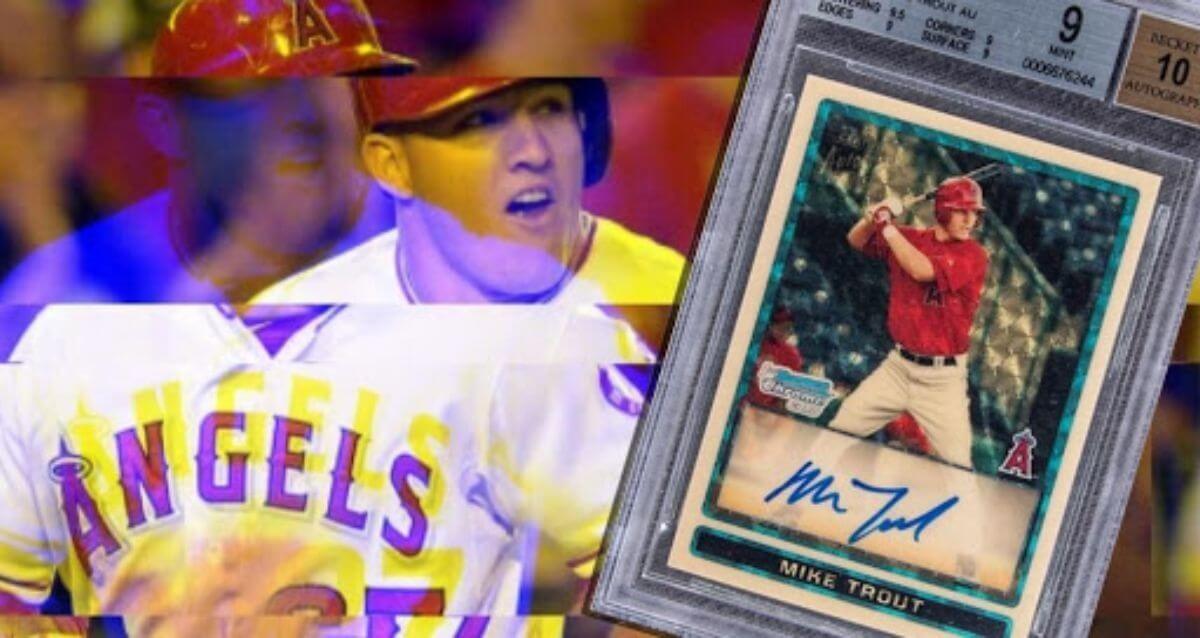 The once-in-a-generation outfielder for the Los Angeles Angels has set yet another record in the game of baseball. This time, however, the record had nothing to do with Trout’s on-field performance. Instead it had to do with his 2009 Topps rookie card. A one-off print with a symmetrically-centered, authentic Mike Trout autograph at the base of the card. Anyone that dabbles in memorabilia collection knows that this thing is perfect and it just so happens that the owner of the card was ready to cash in on his payday.

As we mentioned a few months back in our blog post about the Topps Project 2020, the T206 Honus Wagner baseball card held the world record for the largest card sale of any kind. The card sold for an eye-popping $3.12M back in 2016, and was long thought to be the penultimate of sport’s memorabilia. But not even the great Honus Wagner, with all those years to accrue value, could hold off ‘the kiiiid!’

But there are hundreds, heck thousands of different Mike Trout printed baseball cards floating around in the world. What makes this one so truly special?

To fully answer that question we need to provide some historical context. Baseball cards have obviously been a staple of collectors for decades. But as the popularity of collecting cards increased so did the wide-scale level of manufacturing. More and more cards were being produced. Essentially, as demand increased so did the supply. The problem with the supply increasing becomes the commonality of the cards featuring the game’s top players. Looking specifically at an era like the ’80s which showcased Hall of Famers like Mike Schmidt, George Brett, Rickey Henderson, and Nolan Ryan, none of their cards hold much value today because there were so many made by multiple different printing companies. 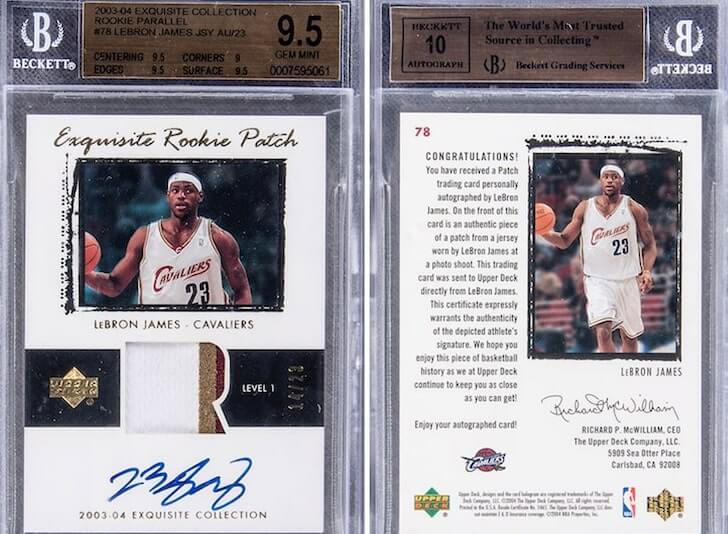 Interesting Fact: The highest sale for an active player's card was this Lebron James' rookie card that sold for $1.8M.

If we look back at the T206 Honus Wagner card, he created additional value to his card (unbeknownst to Wagner at the time) by suing the American Tobacco Company (ATC) to stop the production of his card. Wagner despised the usage of tobacco products and deplored the idea of the ATC turning a profit from his likeness. Ultimately Wagner won the suit. This forced an immediate halt in the production of his card, and thus creating a shortage in the future first-ballot Hall of Famer’s baseball cards.

In short, baseball cards with fewer prints will sell for higher prices.

Topps had to begin getting creative to avoid losing the market as a whole. They tried adding pieces of game-used items like wood splinters from bats and vials of dirt to increase the allure of select cards. However, the most lucrative move made by Toops was to create single prints of rising stars. Insert the production of the “Bowman Chrome Draft Prospects Superfractor.”

In 2009, Topps created only one autographed card for a handful of encouraging young rookies and placed each into a pack at random. Some of the notable names within the group include Yu Darvish, Billy Hamilton, and Gio Gonzalez. They didn’t market them in a specific pack nor sell them individually. They instead randomly placed them into a pack that you would grab while waiting to check out at a grocery store. If you bought a Topps baseball card pack, you had a chance to receive one. It’s as simple as that. Wild! 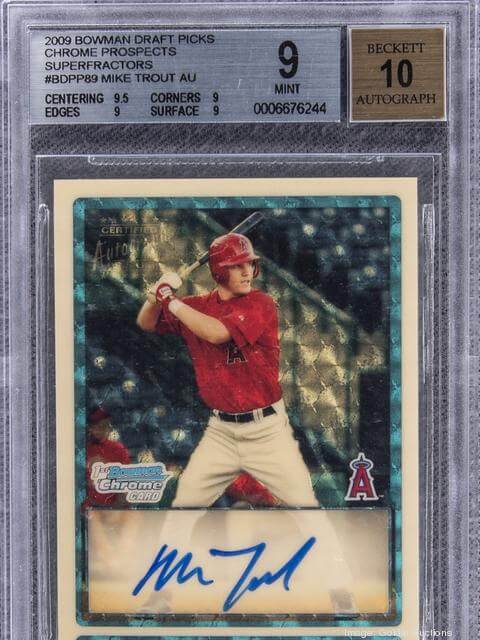 Fast forward a Rookie of the Year Award, four MVPs, and 73+ WAR later and the single printed Mike Trout Topps baseball card just finalized a sale worth $3.9M. Absolutely unprecedented. Baseball cards take time to develop their value and they certainly don’t hold this kind of clout while the player is still in the prime of their career. Who knows what this card could go for in 40 years? That’s the beauty of Michael Nelson Trout though. You never know what he’s gonna do next.

Until his next record (probably in about a week of so) we hope you all Keep it Routine!