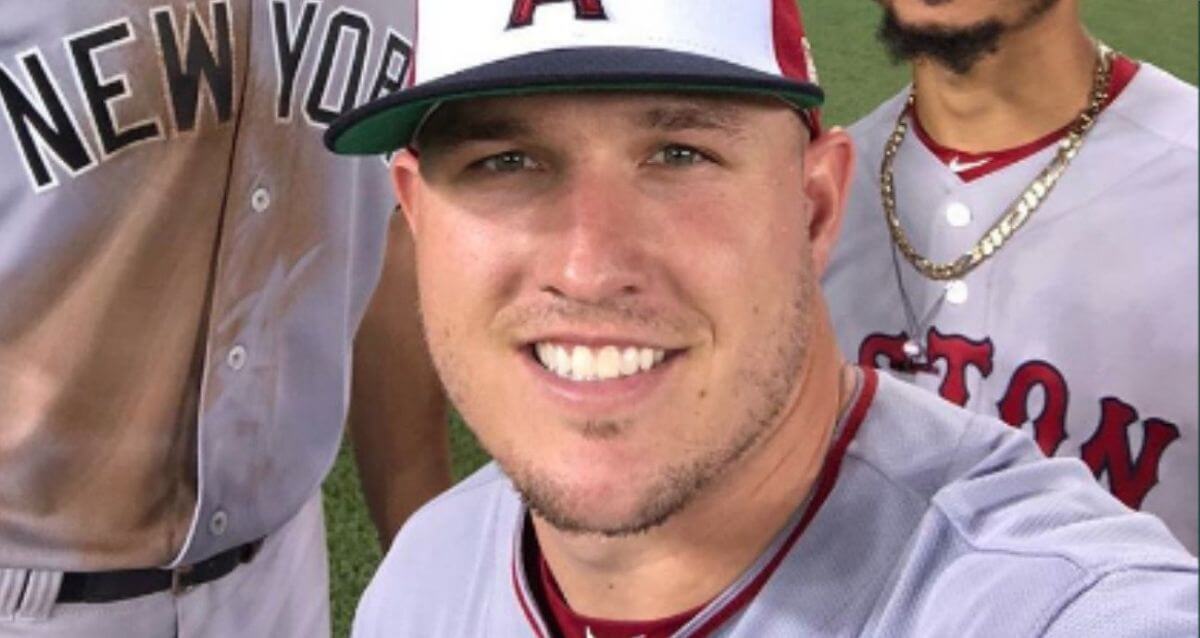 Sounds like the butt of an old joke, right?

But an interesting thought? Absolutely.

The three (arguably) best players in their sport, walking into a bar together...

But here's the point, who would you recognize if you're a casual sports/media follower or fan?

Lebron and Odell, almost immediately, and why?

Because the NBA and NFL market their stars so supremely to the MLB that it does such a disservice to one of baseball's all-time greats. (Mike Trout)

The NBA and NFL know that today's fan likes the lifestyle aspect of the sports stars. Fashion sense, hobbies, etc; they like seeing the person outside of the jersey and who they are in that aspect, but the problem is, the casual sports fan wouldn't know who Mike Trout is if he walked past you. Although many seem to think it doesn't bother the already all-time great, Trout, it's weird to see such an incredible player fly so under the radar. The all-world outfielder from New Jersey has a big Nike contract, and many different other endorsements as we see him on many commercials; but why in the social media standpoint do we never see him off the field? We want to learn about these players lifestyle-wise, in the fashion aspect, their cool haircuts, their life outside of baseball because it's fun for us as a society to relate to these people, and the MLB needs to do a better job of showcasing their incredible talents such as Mike Trout, Bryce Harper, Aaron Judge, Mookie Betts, Nolan Arenado, just to name a few.

#AllStarGame is always something special. Thank you for the hospitality DC!!!

So, why does the MLB struggle in this aspect? I think the issue tends to go against the players as much as the MLB as a corporation. Again, maybe the players don't mind as much, but I'm sure there are also many of the game's stars that want to be seen more. If the sports world got to know the Alex Bregmans of baseball which there are many, the sport could gain a lot of traction and regrowth in popularity especially in the youthful eyes. Players like Bryce Harper maintain a fantastic social media presence by interacting with fans, showing off his style and hairstyles/haircuts, and the fans love that. Kids all over the world look up to Harper because of his baseball AND social media presence, and we need the community around baseball to grow, and that starts directly with how marketable the stars of the game are.

Through the NBA and NFL respectively, we know what their stars, medium-tier guys, and even players who don't play much of a role whatsoever, are doing because of their ability to publicize and utilize their players' marketability. The off the field work the NBA and NFL put in to market their guys is what grows their fan bases so vastly. We know what the Portland Trail Blazers backup center is wearing or what he's doing; which is a cool thing, not a bad thing; but we can't figure out a way to publicize MLB's many fantastic stars?

The MLB has always had a weirdly strict dress code and many other old-school variables that NEED to adjust to the times and such, so...

Idea 1: Figure out a marketable plan for the game.

More social media stuff. More HANDS ON stuff. Alex Bregman has done an incredible job of that so far this offseason. Another big thing is players' swag... Let the players express themselves as need be through their style on and off the field, and SHOWCASE IT. The MLB has finally relaxed their outlawing of cleat colors and whatnot, so let's continue this growth forward. We've seen some of them on the field as of the last few years but now let's get to know the face behind the names we adore so much. Showcasing these types of things grows lots of commercial traction even for small, dog days of the summer types of games. I bet most of the sports world, even the baseball world, doesn't know Trevor Story and Blake Snell are HUGE sneakerheads. That kind of stuff is very relatable to people and people like that. People grow fan bases sometimes solely off of stuff like that.

Odell Beckham Jr. actually did a great job of cross-sports exposure by attending batting practice for both the Yankees and the Tampa Bay Rays. Cross sport exposure is huge for athletes who are trying to obtain higher marketability rates and make significantly more money. More MLB guys should do this, not just for the money, but because of the way it'll grow the game.

Idea 2: A potential "twist" on some rules and baseball's old morals.

*DISCLAIMER - I LOVE BASEBALL AS IS, AND ALWAYS WILL, THESE SUGGESTIONS ARE FROM A BUSINESS STANDPOINT AND GROWING OUTSIDE FANDOM*

A twist to some of the game's old-time rules could add some excitement to the game that could use some youthful exuberance. An example could be adding an offensive and defensive team like a football kind of aspect so the best players on both sides can show off their exceptional skills in their given positions, this would even be interesting to see in spring training as a trial or even just to draw viewers.

The players' weekend stuff is fun. The less conventional stuff is FUN. It draws viewers and draws excitement to the game. Even when a team is being routed 15-0, and a position player comes in, that makes things interesting. Baseball is weird and we need to display those quirks more. Enough of the old man yelling at the sky nonsense with complaining about pimp jobs from hitters; we need a new look in some aspects with things that bring some "flavor" and that's what people want. If baseball doesn't keep up/excel with the world's faster, in-depth modernization of things it's going to fall far behind the other professional sports in all aspects. Baseball has an incredible core of talent right now and only getting better as we go on, and that needs to be utilized and exemplified (a la Idea 1). Whatever can be done without skewing the beautiful game too much, should be done. Excel forward, don't fall behind.

"I ain't getting this one, boys"‚ pic.twitter.com/SzmuWKbEi0

The NBA and NFL force their products in our faces, and we love it as a whole, so MLB, STEP UP.

From a baseball standpoint...

Nolan Arenado has been historically good in his young career so far, and who would know who Nolan Arenado is aside from Colorado Rockies and baseball fans in general? We want the sport to grow and we want the beauty of our game to be appreciated like the NFL and NBA. We want to see Story and Arenado swagged out coming into the game. We want to see funny Snapchats and Instagrams with players being themselves and not this larger-than-life, on-the-field product.

The MLB plays a long 162 game season, which makes the demand for games quite less because the NFL only has 16 regular-season games and the NBA 82 regular-season games, but that doesn't change the fact that the sport NEEDS to grow again especially for business and the future of the players and their salaries. Teams like the Marlins who very obviously sold their high stock and tanked, need to find a different way to put a competitive product on the field; and the Tampa Bay Rays desperately need relocation, because the attendance at the Trop in St. Petersburg is not cutting it. The team is so promising, with such a good, promising core (Snell, Wendle, Kiermaier, Bauers), are all going to go to waste if the team can't do better business-wise to re-sign their players. As much as the MLB needs to market their stars and upcoming stars better, we need to do a better job as fans and as a community, supporting our beloved pastime.