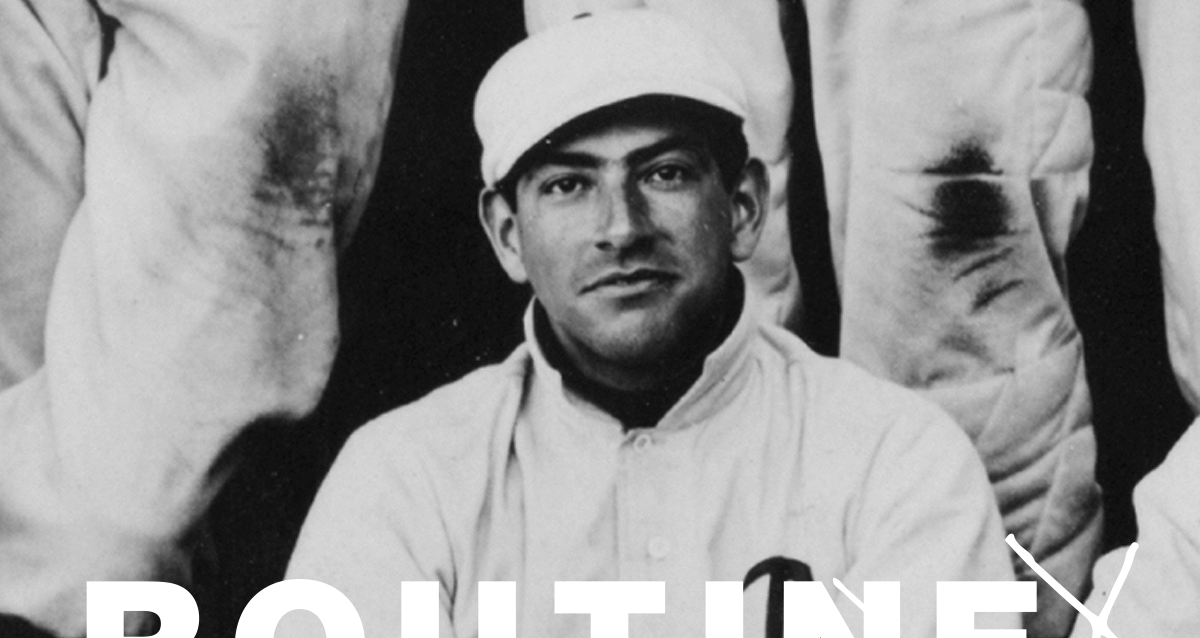 To kick off Hispanic Heritage Month (September 15 - October 15) we wanted to take the time to honor one of the game’s forgotten pioneers. While Jackie gets his much-deserved credit for breaking Major League Baseball’s color barrier in 1947, most casual fans don’t realize that he was not the game’s first minority player. Some 45 years prior a Latino player by the name of Luis Manuel Castro, or Lou, broke into the league as a member of Connie Mack’s Philadelphia Athletics. It wasn’t scripted nor highly publicized but this fascinating story all came about in a very interesting way.

Nonetheless, the American League began to pilfer some of the game’s greatest stars by offering them substantially higher amounts of pay. Most notably, Nap Lajoie (a member of the second class inaugurated into the MLB Hall of Fame) was offered a contract that would pay him $4,000 a season. Keep in mind that Lajoie, one of baseball’s first superstars, was making a National League maximum of $2,400. Those same salaries in the present-day would be approximately $70,000 in the NL and $125,000 in the AL. Making it easy to see why the Hall of Fame second baseman didn’t hesitate at the opportunity to join the Athletics on the Junior Circuit.

The main issue with his departure was that Lajoie had been lured away from the Phillies by the cross-town Athletics. Unwilling to part with one of their stars, the National League swung back with a lawsuit before the 1902 season. They fought in the courts for the better half of 4 months before a ruling was determined at a very inopportune time. During the 7th inning, on Opening Day, April 23rd, 1902, the Pennsylvania Supreme Court ruled that Lajoie’s previous contract with the Phillies, under the National Agreement, was only binding within the state of Pennsylvania. In short, the Pennsylvania-based Athletics would no longer be allowed to hold the rights to Lajoie’s services. Connie Mack was forced to lift Lajoie from the game. He then turned to look at his beleaguered bench and opted to insert Luis Manuel Castro at second. While most players and fans focused on the impact of losing Lajoie, few realized the history being made. Lou Castro’s insertion into the game marked the first time in baseball history that a Latin-born player had ever appeared in a regular-season game.

Meanwhile, American League executives had to act quickly to retain Lajoie. A deal was quickly struck between the Athletics and the Cleveland Bronchos to keep Lajoie in the American League, and equally as important, away from the National League. Cleveland’s franchise fell in love with Lajoie and went so far as becoming the Cleveland Naps to honor their star second baseman.

Fun Fact: Nap Lajoie could not play in the state of Pennsylvania during 1902 & most of 1903. When Cleveland would play in Pennsylvania, Lajoie would hang out in Atlantic City, NJ to avoid the Phillies’ active subpoena for his services.

Who was Lou Castro? 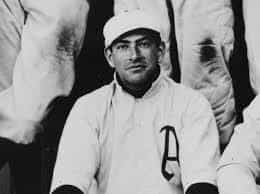 Castro, a Latino middle infielder, came to America with his family in 1885. His birthplace & nationality are still debated to this day. We do know that he was either Colombian or Venezuelan and that he was 8 years old when he arrived in The States. His family eventually settled down in New York where Castro would receive his education. Surprisingly, he didn’t begin playing baseball until he was 17 years old when he joined the local Manhattan College club. He bounced around from team-to-team over the next few years before finding himself at the right place, at the right time. He had only been added to serve as depth to the team. He had played sparingly during Spring Training games when starters were allowed to rest but there was no reason to believe he would ever see the field during the year. But the sudden departure of Lajoie left Connie Mack and the Athletics without a starting second baseman. So Castro got what all players dream of --- a shot.

At first, Castro seized the opportunity. He strung together a hitting streak of 10 games and displayed an adequate glove. However, his good fortune soon ran out as he began to struggle offensively and even more so in the field. Nonetheless, he appeared in 42 games during the 1902 season posting a .245 batting average, 15 RBIs, 8 Doubles, 1 HR, and 2 SBs. His numbers may not jump off the page but he remained a contributor for the Athletics en route to winning an American League pennant. Castro was even given the honor of delivering an acceptance speech on behalf of the players and even sang in Spanish during the team’s celebration. Castro was a loud, charismatic individual with a flair for conversation.

Sadly, 1902 would be the only season Lou Castro played at the professional level. He did go on to become the first Latino to manage an Organized Baseball Club (according to SABR). While he didn’t trek through the vitriol of hatred like Minnie Minuso and Jackie Robinson, Castro did pave the way for others by becoming the first-documented Latino player in professional baseball. We do also want to shout out to Sandy Nava, a catcher for the Providence Grays from 1882-86, of Latin descent despite being born in San Francisco, California in 1860.

We hope you all enjoyed this educational experience and we look forward to providing you with more Hispanic baseball history in the coming weeks.