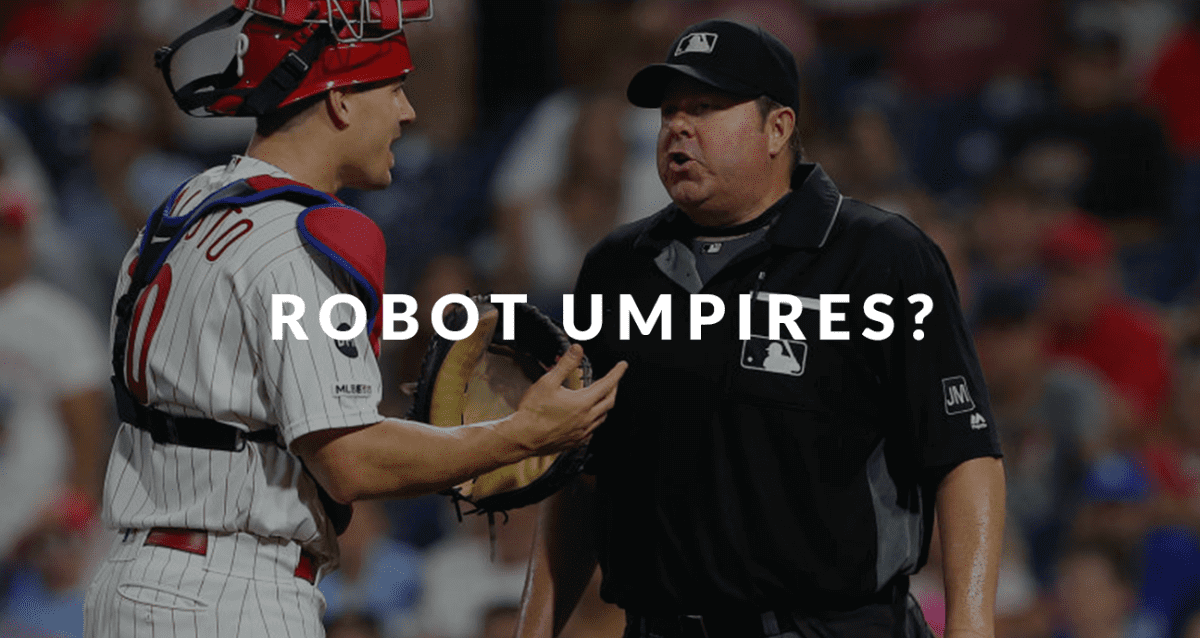 Is It Time For Robot Umpires? 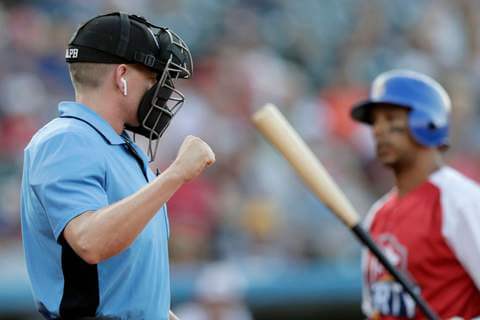 You may have seen in the last couple of weeks the video and photos of one umpire, in the Atlantic League, that is wearing headphones in order to hear the response from robots. Yes, robots. Trackman, is the name, uses a Doppler radar to determine whether the pitch thrown is a ball or a strike. It is determined by either pre-existing data or can be determined by the batter's height and was signaled through the headphone the umpire was wearing, which was connected to a phone in his pocket. So this really brings the question, should robot umpires make its way to the MLB?

Most of the players in that game said they didn't really notice a difference that the umpire wasn't actually making the call, except that there was an obvious delay in the actual call itself. A few players noticed that the high strike was getting called a little more often that they have seen in games past, but that was slightly compensated by the low strike not being called as often as normally. So there was not a huge blowout after the first game, but that does mean this should be taken seriously?

As a catcher for so many years my bias opinion is that robot umpires should not be a thing, because it takes away any human advantage that can be exploited throughout the game. When you talk to an umpire throughout the game you get to know pretty quickly what pitches you can get away with and how to exploit the strike zone. If there is a robot umpire calling by radar, that generally means the strike zone will be smaller over the course of the entire game, which can lead to two things: more walks and more hits. When catchers and pitchers know the strike zone they use that in their gameplan, but if you have to force yourself to throw more strikes than that means you're giving the hitters a better chance to hit a better pitch.

Some pitchers also argued that robot umpires can take away the beauty of pitch framing. So many catchers in today's game make their money off pitch framing, they are average hitters but they are able to stay in the majors on that defensive impact. If it doesn't matter how the catchers frame, then it takes away a huge part of the game. A catcher's job is to steal as many strikes as possible for his pitcher, but if a robot is calling those pitches by radar, then it takes away a whole element of their game.

What most people probably don't realize is that the umpire still has to pay attention to each and every pitch. The umpire behind the plate still has the authority to overrule the call that is signaled through his ear. Which begs the question then: if he can overrule the call, then does that mean the robots are susceptible to making a bad call? That answer is yes. So if robots can still make the wrong call, then why replace the human umpires who can still happen to make the wrong call.

Now I know there are some pretty bad umpires out there, when I'm watching my team play and I see Angel Hernandez behind the plate I am already frustrated. If you know an umpire's full name such as Joe West, Jim Joyce, and Angel Hernandez it probably means there are terrible umpires. You don't really remember the names of the umpires who call a good game or are usually consistent, but you do remember the bad ones. And yes, there will be always be umpires who you do yell at from your living room at the bar, but can you see yourself yelling at a robot? Who do you get mad at?

If I had a personal vote I would say that robot umpires should not be implemented into the MLB, mainly because it takes away from a beautiful part of a catcher's game and it is still susceptible to making a bad call, just like the current umpires are.

Leave a comment and let me know if you think the MLB should seriously consider robot umpires.