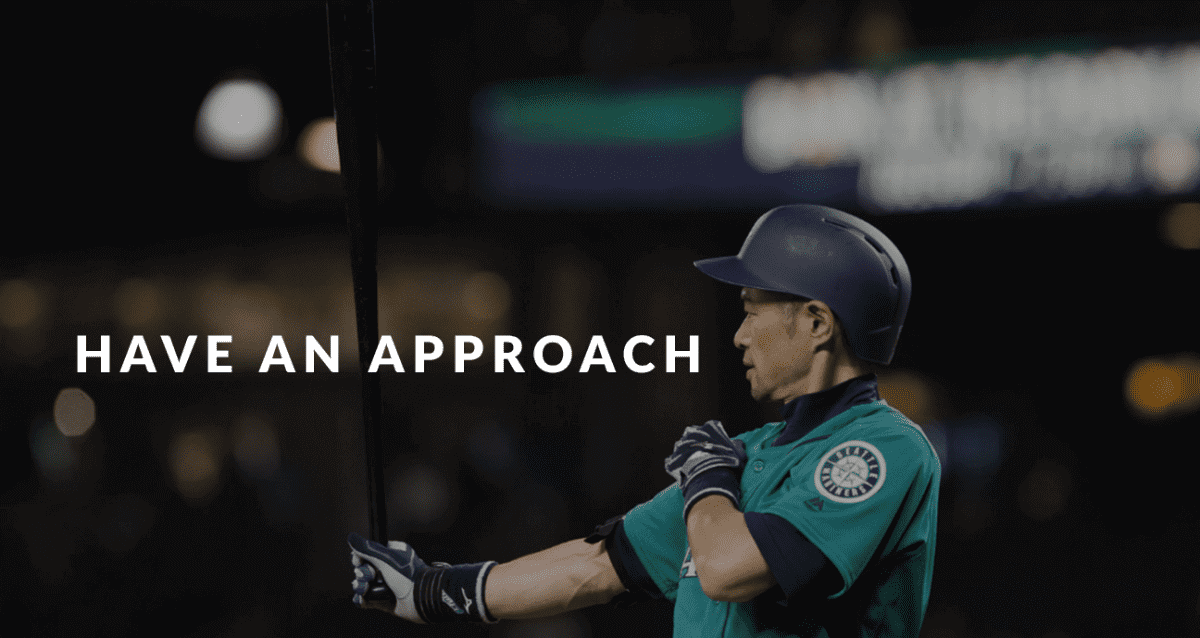 Turn on a baseball game and you will often hear commentators talking about a batter's approach at the plate. Discussed will be common terms, such as a batter being a "guess hitter" or someone who "adjusts to the pitch." Often you will hear talk about batters "waiting on their pitch." There are many different schools of thought on how a batter should approach their at bat. Let's take a look at a few of the common hitting approaches.

A very common approach at the plate is for the batter to try to guess what the pitch they will see next. The batter will, based off of scouting reports, personal experience and the count, take an informed guess as to which pitch and location will be coming next. The upside to this approach is that if the batter guesses correctly, they are likely to do damage as they are gearing their swing for the type of pitch and location that is thrown. The downside is, if they are wrong, they have very little chance of doing any damage or even making contact with the pitch.

This is commonly known as a "see ball, hit ball" approach. The batter goes in with an idea of what they want to hit, but adjust to each pitch, deciding whether or not this is an offering they want to swing at or let go while the ball is in the air. The advantage to this is a batter is not withholding their swing for any particular type of pitch. However, attempting to cover the entire plate, and every pitch that the pitcher throws is a nearly impossible task, especially in the modern game where pitchers have become even more adept and making pitches mimic other pitches (i.e. pitch tunneling).

The plan here is for the batter to be selective with their swings, in that they only swing at pitches and locations that they can inflict damage, and making sure they maximize contact when the ball ends up the hitter's "hot zone." Using this method, the hitter needs to identify and optimize their pitch selection based off their strengths and have the discipline to stick with their gameplan. When a batter gets to two strikes, the plan then changes to looking for a fastball and adjust to a breaking ball. The idea being that you can plan for a fastball and slow down to adjust to an offspeed pitch, but you cannot gear down for a curveball and catch up to the heat.

In reality, all great hitters are a combination of the three methodologies above. They use scouting to have an idea of what a pitcher may throw to get them out, and often when you see a player "swing for the downs" on the first pitch, he is guessing he will see a first pitch fastball from the pitcher who is trying to steal a strike. Batters also know what their own strengths and weaknesses are and plan around them to get the most out of their at bats. No matter what approach is taken, it is imperative to stick to that plan at the plate. Often you'll see batters in-between on pitches (way behind on fastballs and then way ahead on breaking balls). This generally because the plan has gone out the window and they are trying to react and adjust to each pitch rather than looking to attack a particular pitch in a zone they want to hit it. When it doubt, pick a pitch and a spot early, grip it and rip it.