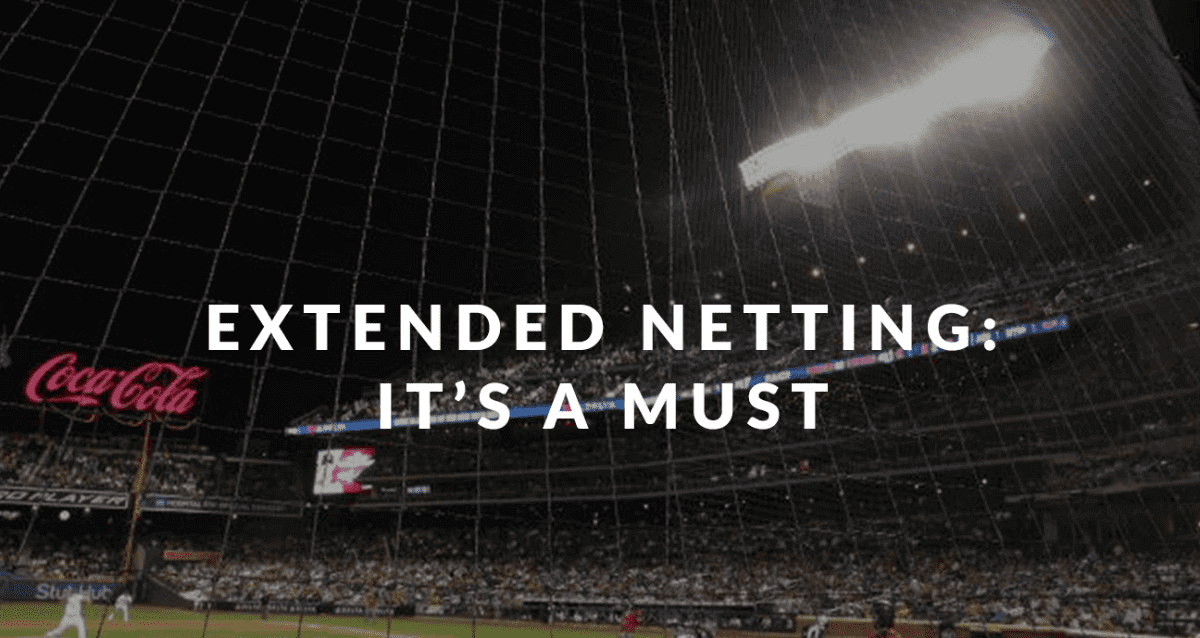 Extended Netting: It's A Must

Extended Netting: It's A Must

Whether you're heading to the park to see your favorite team or just going to enjoy the game of baseball between two teams you don't affiliate with, there is one thing that usually crosses your mind when you get to your seats: Am I in foul ball territory? For most stadiums, about 75% of the stadium is in some sort of foul ball territory, with the outfield being in homerun territory, so the chances are usually there. The question then comes about: at what part of foul ball territory do I have to be paying attention? Once you're past the netting that currently resides at the stadium, the closer you are towards the field, the more you have to be alert.

The intangibles are always there as to what can take your eyes off the game: you can be getting up to let someone move down the aisle, you could be taking a bite of your favorite ballpark food, or you could even be taking a pic for the 'gram. For some more savvy game-watchers, there are more distractions such as: seeing the lead a runner is taking off the base, watching how the outfield is setting up for the next pitch, or for some it's even keeping score. There are countless reasons why you may not even be focused 100% on the game at times, and that is okay.

With the two most recent incidents in Houston involving the Cubs' Almora Jr. and the Dodgers' Bellinger, more people are begging and questioning why there isn't more netting down the outfield lines. Think about how many times you're watching a game on TV and someone turns on a pitch down foul territory, some at 100+ MPH off the bat, and the batter is looking and hoping it ricochets off a couple of empty seats. Think about as a fan, even those with a glove and playing experience, having to react to a ball like that coming straight in your vicinity. When you think about the seats that go beyond the netting and are feet from the field; the percentage of those with a glove and who's hand-eye coordination matches that of an MLB player is slim to none.

The argument against netting is people are afraid that their seats may be hindered in vision by the net. They ask does it extend all the way to the foul poles? How high does it continue to stand the deeper it gets into the outfield? Then there are some who question the people who are getting hit or decide to sit in that dangerous area. They are confused as to why people aren't "paying attention" or bringing a glove to the game, or why they simply can't just prevent it from injuring anyone.

All teams took a big step in 2018 by each stadium having netting run down to at least the end of the dugouts, some even slightly extended past that. At least 4 teams have publicly announced that they will extend the netting even further beginning next season: the Dodgers, Pirates, Nationals, and White Sox. Players of these teams have expressed their concerns as well on the issue. They know how strong everyone is and how hard these balls are put in play.

If you don't believe they care just look at how distraught Albert Almora Jr. is after his foul ball struck a child who had to be carried out on a stretcher. 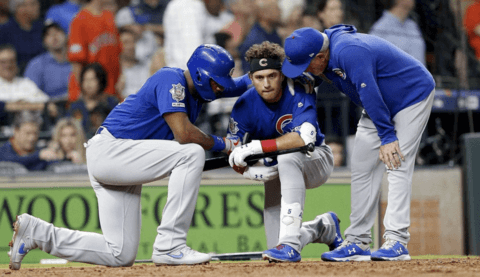 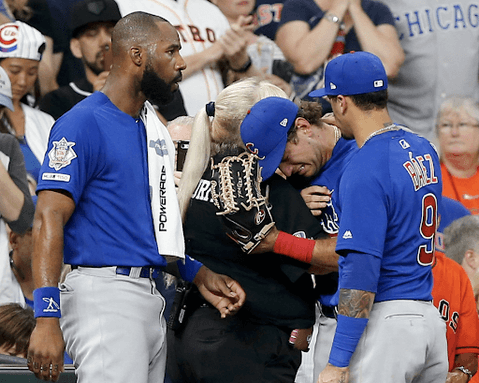 MLB Commissioner Rob Manfred went on record to say he will not force any team nor does he expect any teams to make changes within the 2019 season, but does expect netting to be evaluated and improved upon prior to the start of the 2020 season.