Create the best possible position player by combining the top skills from players since the 2000s. They do not have to have played their entire career since 2000, but that is the only timeframe we are assessing. We will be looking at the “five tools” of baseball which include: hit (contact), hit (power), field, arm strength, and speed. Each category is open to your personal interpretation. Here’s the player we choose to create... What’s yours?

Beginning in 2001, Ichiro set the American League ablaze as he led the league with a .350 batting average in his AL MVP/Rookie of the Year campaign. Bear in mind that he was 27 years old at the time, but also note that Ichiro was still able to amass the 3,000 hit mark by the age of 42. That’s an average of 200+ hits a year, over 15 years. Oh, and that age-42 season? The timeless wonder hit a casual .292 for the year. Ichiro was a once-in-a-generation talent that hit over .300 in each of his first 10 seasons, never exceeded 86 strikeouts, and even led the AL in intentional walks three separate times. He may not have been as physically opposing as most elite hitters, but he was every bit as dangerous with a bat in his hands. Ichiro Suzuki’s contact hitting is the first phase of our 2000’s create-a-player. 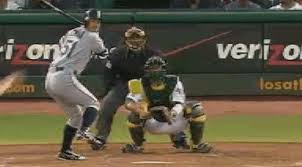 Now, two full decades since the Millenium and the meteoric rise in the reliance of power (both offensively and defensively) has shifted the way we prioritize value amongst players. One thing is for certain though, Barry Bonds power was unmatched. There are elite-level power hitters, and then there is Barry Bonds. Only looking at his career numbers beginning in 2000, at the age of 35, spanning only six seasons (2005 was limited to only 14 games due to injury,) Bonds averaged 53 HRs (9 at-bats per home run,) 116 RBIs, and .724 SLG. For comparison, 14-time All-Star Alex Rodriguez’s best season (2002) amounted to 57 HRs (11 at-bats per home run,) 142 RBIs, and a .623 SLG. Barry Bonds is unmatched. 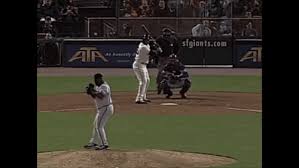 The first two cases made on this list were primarily backed by statistics because they were offensive categories. However, defense is an aspect of baseball that is generally driven more by “feel.” Also, outfielders were excluded from consideration from this category. With all of that being said… Have yall seen Andrelton Simmons? This guy is ridiculous with the leather! 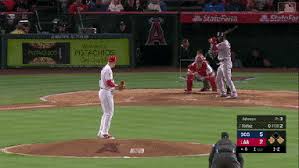 In just six full seasons at shortstop, Andrelton has managed to win four Gold Gloves at the most demanding position on the infield. In closing, of his 2900+ chances, Simmons has only made 33 fielding-specific errors. Speaking solely about glovework, Andrelton Simmons is the answer.

Words to live by… Don’t cry over spilled milk, measure twice & cut once, and never try to take an extra-base on Vladdy. Born in the Dominican Republic with a rocket for a right arm, Vladimir Guerrero became a terror to third base coaches around the league. Appearing to be effortless, Vlad would hurl lasers at projected velocities nearing triple-digits from right field in Montreal and Anaheim for the better part of the 2000s. He began the century with four seasons of 10+ outfield assists and even led the NL with 14 in 2002 and the AL with 13 in 2004. He may not have won a Gold Glove but that’s more telling about his left arm than it is his right. Need further proof? Click on the picture below o watch a laser from his time north of the border. Vladimir Guerrero locks in as our 2000s create-a-player arm strength tool. 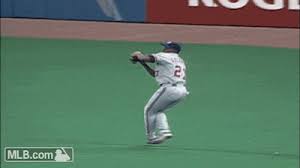 The player we have created up to this point can hit like the combination of Ichiro and Bonds, fields like Andrelton Simmons and has the arm strength of Vladimir Guerrero --- What more could you possibly want?? How about a casual 30.3 ft/sec footspeed on the bases? This player, aptly named Routine Baseball, is ridiculous. Like when you play your buddy on The Show and he’s got a created team that’s perfect and you play as the Pirates, kind of ridiculous. To clarify here Byron Buxton did clock a slightly faster footspeed, however, both Buxton and Turner began their careers in 2015, and Turner holds a 99 career steal lead on the Twins center fielder. And at the end of the day, Routine Baseball is a gamer and we need him to produce on the field rather than in a Statcast analysis. Our final tool of the 2000s is Trea Turner’s speed. 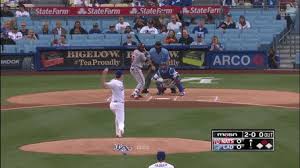 We wanna hear from you! Hit us up on social media to let us know what five players you’ll utilize to create the perfect player. Also, take note that Mike Trout was mentioned three separate times here. The man is likely the closest thing we’ll ever see to a “create-a-player.” He’s a special player with a knack for Keepin’ it Routine!