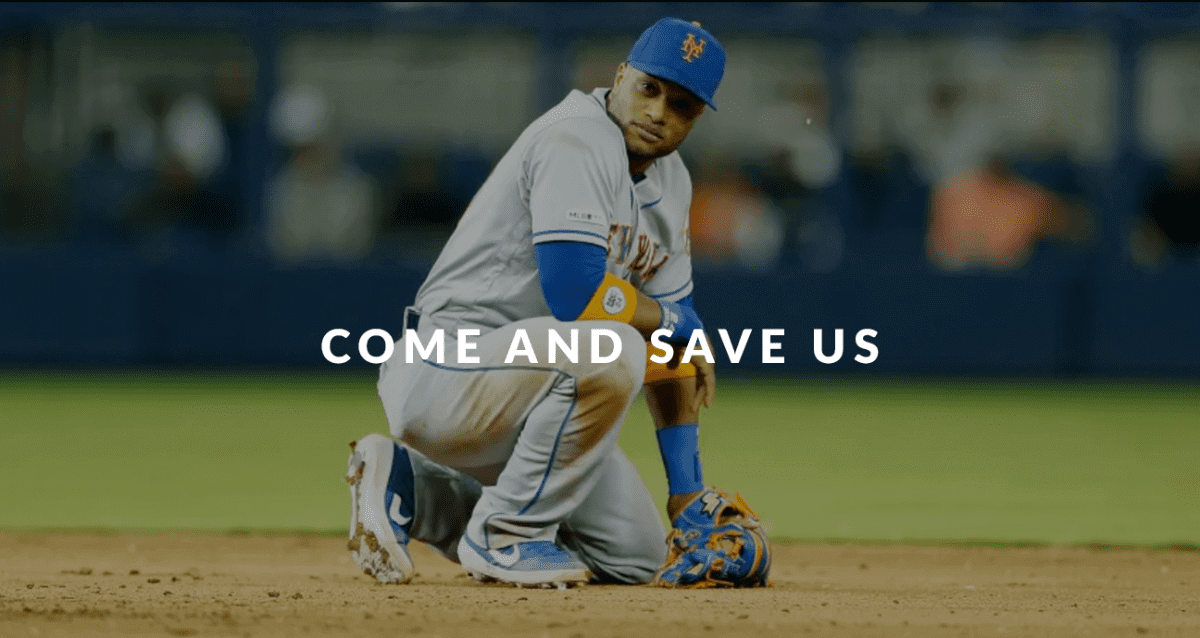 Come And Save* Us

Come and Save* Us

January 16th, 2019. New Mets general manager, Brodie Van Wagenen, told reporters in full confidence, four simple words. Come and get us. Leading into the season, Van Wagenen had established that the Mets would be a "Win Now" ballclub, going against the shift of suggestions and rebuilding. They acquired veteran second baseman Robinson Cano, and lights out closer Edwin Diaz from the Seattle Mariners in a trade which included two top prospects, Justin Dunn and Jarred Kelenic.

It felt like Mets fans finally had a season to be excited for again. They made big trades, signed key players that they believe would help this team win, and were expecting players like Cespedes that were injured, to carry this team over the hump. However, like Mets fans are used to, we just shouldn't hold our breath. Heading into June, the Mets were one game under .500. Still in it with teams like the Phillies and the Braves, who just hadn't run away with the division in any means. But as it does every year, things are just an uphill battle for this team. Newly acquired infielder, Jed Lowrie still wasn't ready to begin baseball activities. Noah Syndergaard hadn't been meeting expectations. Cespedes broke both ankles in an accident. The meltdown and frustration from manager Mickey Callaway and Jason Vargas with reporters. The bullpen having a meltdown every other night, Diaz included. The Mets would fall to a record of 38-47 at the end of the month. Things quickly went from "Win Now" to "Now or Never" for this team; At least, it felt like it. There have been positives from the first half of the season for the Mets. Jason Vargas has taken fans by surprise with his quality starts as of late. First time all-star, utility player Jeff McNeil, leads the league in batting average with .349. Dom Smith has been tremendous all year, offensively and adapting to new positions in the outfield when need be. Pete Alonso, who was even debated about starting the year with the Mets, already has thirty home runs before the all star break, and is now making his first All Star game the day after winning the home run derby.

But, much like a real polar bear, his support is slowly melting away from under him. If the Mets have the ability to turn things around like Callaway says they can, then it needs to happen as soon as possible in the second half. Their first three series are against the Marlins, Twins, and the Giants; All of which the Mets have the ability to win the majority, if not sweep. Hopefully this all-star break was the rest that they needed to refocus.