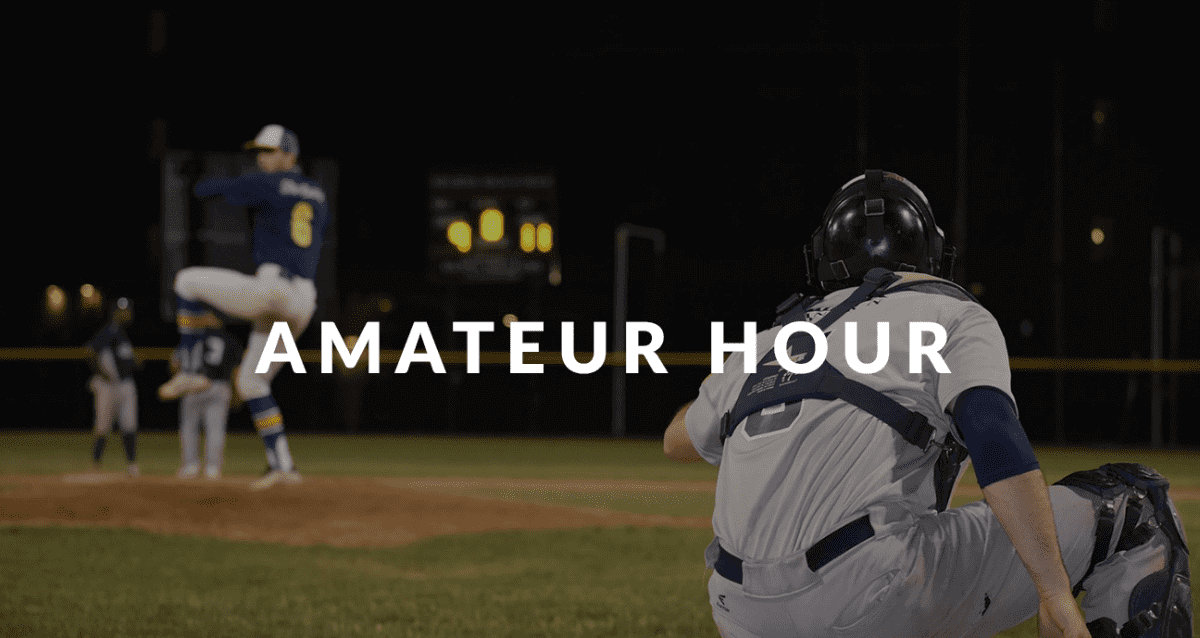 I'll be the first to admit that nothing wets my whistle quite like a $12 Long Island at Miller Park. There's something so spiritual about taking that first sip, looking out over the sea of perfectly groomed grass (except for the sinkhole Braun carved into left field), and hearing the organ chime. As much as I could sing the soul reviving praises of the MLB experience, between the transportation, the tailgating, the ticket purchasing, and the late nights, it's not sustainable.

I come from the unfortunate world of having friends who don't cherish the baseball game experience. After collecting a respectable sample size and asking three of these plagued individuals what prevents them from checking out more games, they all had the same answer: they think it's foolish to spend money on something they're not crazy about, and suddenly, it dawned on me. Amateur League baseball is one of the sport's best kept secrets. The people, the atmosphere, and the talent, combine to quench your baseball thirst all season long.

Amateur leagues run rampant in Wisconsin. I almost went as far to compare them to our mosquito population, but then this post would lose all credibility. While I might be partial to the Land O' Lakes league, there are leagues and teams that span across the entire state. Each one of these teams makes up a "ball club" of players who are more dedicated to the game than most.

Perhaps the dedication comment seems like a hot take to you, but it's not. These are guys from all different backgrounds (ranging from college club players, to some who have had a sniff of the MLB, and all the NCAA national champions in between) who aren't quite ready to hang up their cleats. Sure, there are your occasional high school players who get thrown into the dugout and quickly learn indecencies to becoming a grown man, but I'd consider them the exception.

The foundation of amateur baseball leagues is comprised of guys who dedicate a remarkable amount of time to fundraising, field prep and playing time. They drive to miniscule towns that you think only exist in movies and put on a show for the locals. I use the word "show" loosely, because you're never guaranteed what kind of playing level you're going to get. While the synonyms of "amateur" might be a little harsh (aspirant and unprofessional), these leagues most certainly aren't created from a lack of talent. The love and respect that these ball clubs have for the game is unparalleled.

Beyond the players is an atmosphere that can only be described as "the perfect day for baseball".

The crowds that these games draw are intimate and moms who haven't stopped cheering since the first little league game are perfectly woven into the mix.

You'll laugh when an ex-college player wants to argue a bad call, but has to hastily hobble out onto the field because he had to catch for the first time in 15 years.

You'll be surprised by the ability of a thirty-something year old player smacking a walk-off homerun off of a wood bat, and even more enthralled by the price of the beer in the concession stands.

You'll feel like a jerk when you realize you spent your last dollar on said beer when they "pass the hat" around to collect donations for the umpires, and then feel warmed when the stranger next to you offers to chip in a few extra bucks on your behalf.

The league might be amateur, but the experience is everything but.