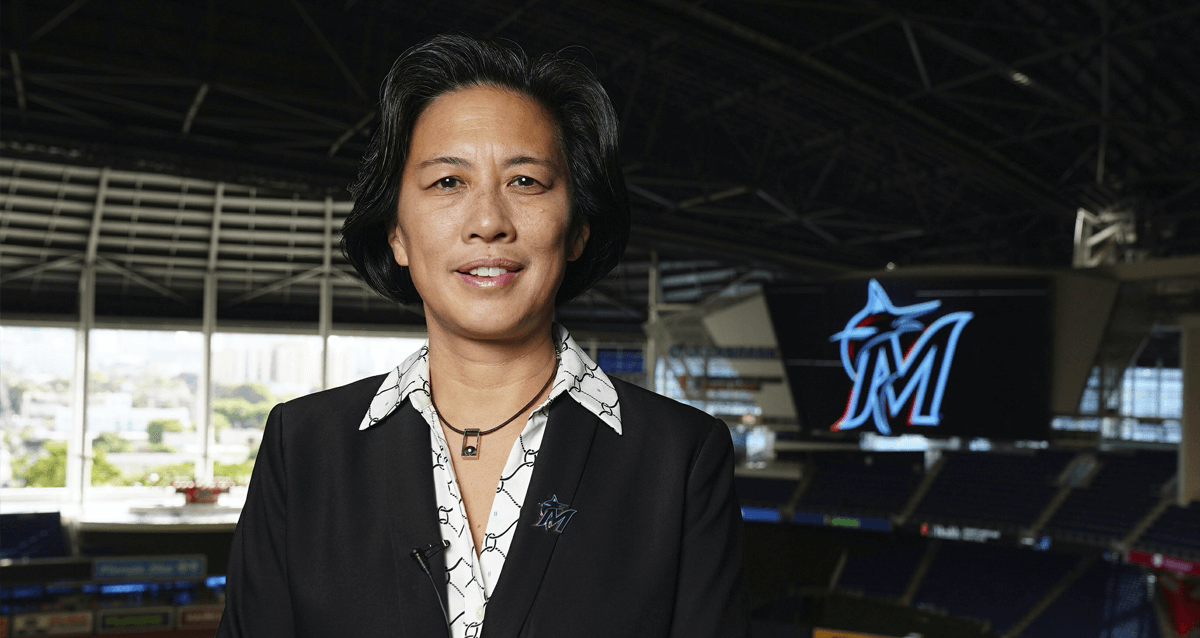 A League of Her Own

History has been made, another 1st crossed off the list. Kim Ng is headed to the Miami Marlins as the first woman and Asian American General Manager in Major League Baseball!

For decades women have fought for a seat at the table in the MLB. In 1978, Melissa Ludtke, a sports journalist won the lawsuit that let female reporters into the MLB clubhouses giving women the right to be in the room. In 2020, Kim Ng will now be the first woman to RUN that very same room.

One of the coolest aspects of this news is that in 2000 Derek Jeter was the reigning world champion with the Yankees when he handed Ng a business award  for women in  sports. At that time Ng was the Yankees assistant general manager, and Jeter first presented Ng an award for daring to knock on the glass ceiling. Now, that same man presented Ng with the top job on his team, so that she could officially shatter it.

In a world where women breaking into a “man’s sport” are often perceived as intruders, Ng commanded respect in every room she entered. Ng follows a long list of women who stepped up to the plate in quote a “man’s game” and continued to have great at bats until they finally found a hole and got a hit. From the likes of Becky Hammond, the first woman to coach in the NBA to Jen Welter, the first woman to coach in the NFL, Ng once again changed the narrative for women and altered the idea that people have of what a GM should look like.

Representation not only affects the way others see someone or something but also affects the way individuals see themselves. For so many women of all ages and Asian Americans, the opportunity to see themselves represented in high places gives warrant to the suggestion that they’re capable. The ability to say “She looks like me” holds so much power as it gives fuel to the belief that no matter who you are or where you come from, success is in any field and at any level is attainable. Ng said it best when she said, “There’s an adage, ‘You can’t be it if you can’t see it.’  “I suggest to them, ‘Now you can see it.” Ng has made history yes, but what she has really done is turn that discouraging word ‘impossible’ from a declaration to a dare!

With a resume as deep as Minute Maid’s centerfield there is no doubt that Ng is more than qualified for this position. She has been working with the MLB since 1990 and with her breadth of experience, there wasn’t any aspect of the game that she wasn’t familiar with.  30+ years of experience, 8 postseason appearances, 6 league championship series and 3 world series championships. I’d say this promotion was long overdue. Kim Ng went from intern to Assistant General Manager in 8 years. It then took another 22 years to become a General Manager. “It made me realize that it really was a glimmer of hope and inspiration for so many. That if you work hard and persevere and you’re driven and you just keep going that eventually your dream will come true,” said Ng.

Time for a new routine, baseball is for everyone.