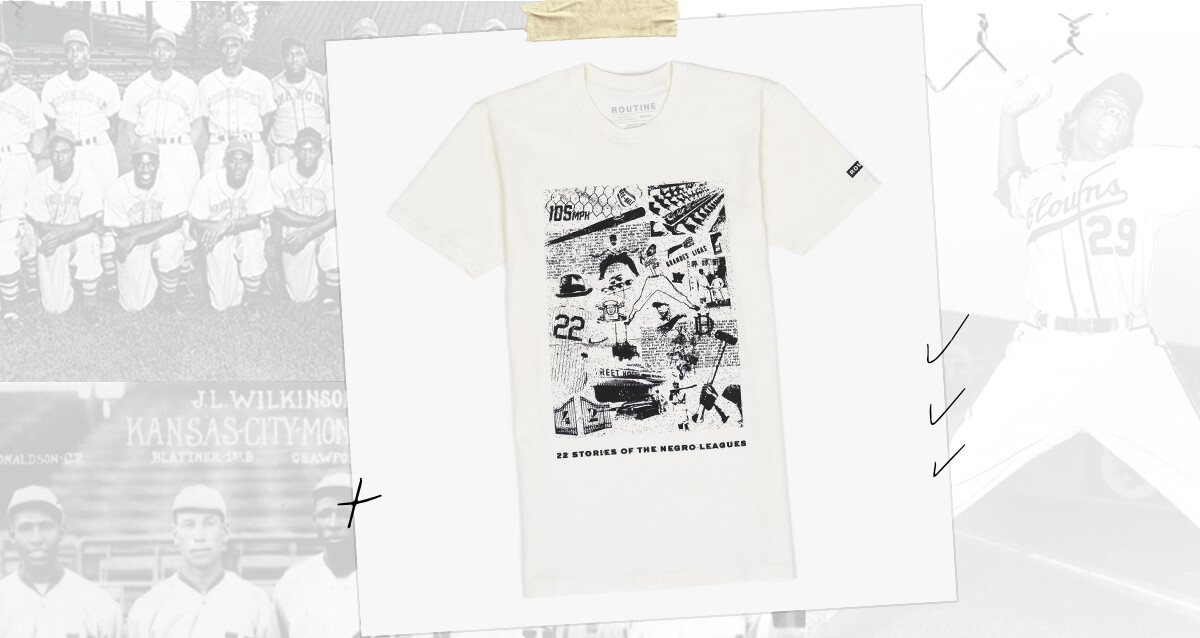 Join us as we celebrate baseball’s original game-changers.

Last fall, we partnered with Bob Kendrick and the Negro Leagues Baseball Museum to launch a video/podcast series, Storied, to educate people on the history of Negro Leagues Baseball. Each of the 22 episodes focused on impactful individuals within the Negro Leagues and the barriers they shattered along the way. If you’ve yet to watch/listen to Bob’s recount of Black Baseball’s journey to equality, we highly encourage you to do so via Youtube or Spotify.

As we look for more ways to stand alongside the Negro Leagues Baseball Museum, we are pumped to announce the launch of a new t-shirt in their honor. The graphic display on the front of the shirt features elements from each of the 22 episodes within the Storied series, including: the racially divisive chicken wire, the iconic Street Hotel, and several of the game’s greatest legends such as Cool Papa Bell, Buck O’Neil, and Josh Gibson.

While we are proud of both the quality and design of the shirt, what we get most excited about is the purpose behind it. Every single dollar made from shirt sales will be directly donated to the Negro Leagues Baseball Museum.

There isn’t a better win-win scenario. Own and wear a historic display of Negro Leagues history while also supporting the Museum that keeps the stories alive. 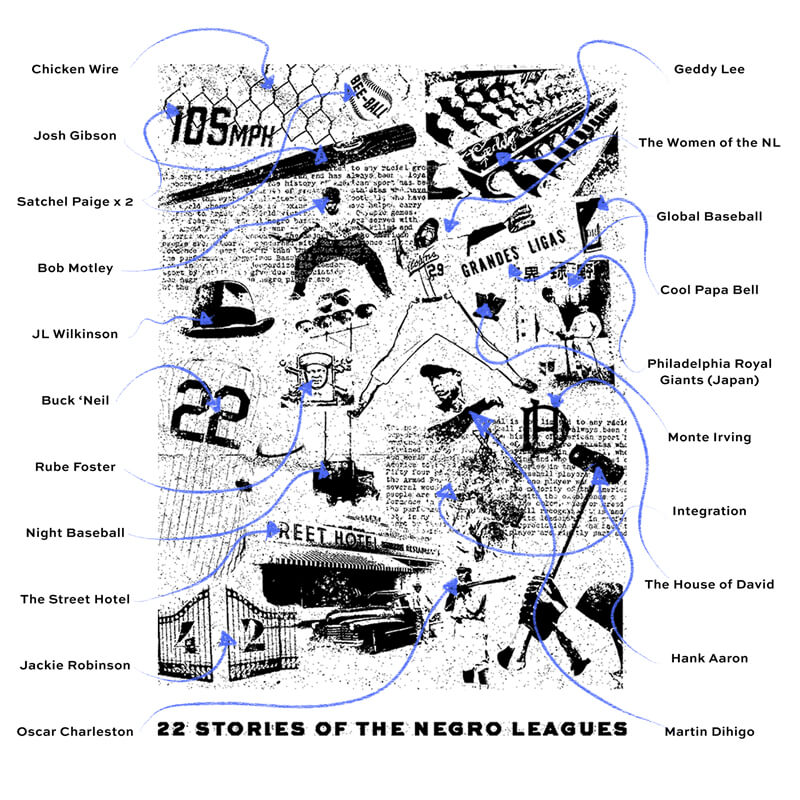